Delhi has 944 cases of black fungus, facing shortage of drugs: Kejriwal: Delhi Chief minister Arvind Kejriwal on Monday said there is a severe shortage of the medicines needed to treat at least 944 people undergoing treatment for mucormycosis or black fungus in Delhi’s hospitals. 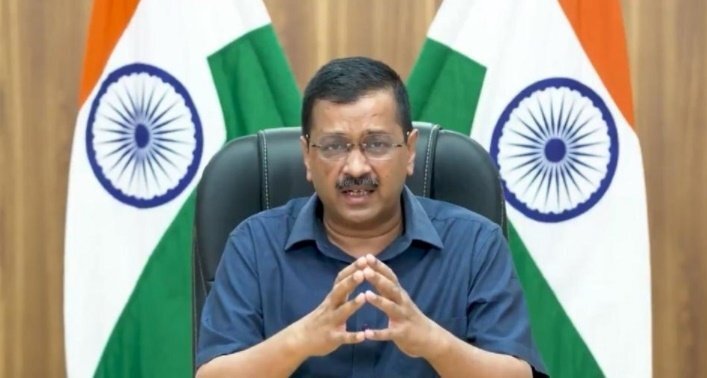 There may have been a decrease in cases of coronavirus infections in Delhi but hundreds of people are still suffering from black fungus. According to the Delhi government, medicines were being made available to it in a limited quantity by the Central government.

On Saturday, nearly 1,000 injections were supplied to Delhi. This number is quite low because a single patient receives three to four vaccine jabs in a day. No vaccines were supplied to the national capital on Sunday.

Meanwhile, the unlocking process started in Delhi from Monday with people facing some difficulty in getting an e-pass for reporting to office.

Responding to these problems, the Chief Minister said whatever problems the citizens of Delhi are facing will be rectified soon.

“I saw that there were glitches while accessing e-passes on the Delhi government’s portal. The problem will be fixed. As we get feedback from people about things causing inconvenience to them, we will fix the glitches,” Kejriwal added.

Kejriwal on Monday also opened a free vaccination centre for inoculating journalists and their families at Rajkiya Sarvodaya Bal Kanya Vidyalaya, Mata Sundri Road, New Delhi. Journalists and their families from age group of 18 to 44 years and above 45 years can get vaccinated at this centre and will also be able to register themselves on the spot.

“I am very happy that this arrangement has been launched in a government school on Monday. Both Hindi and English journalists and their families between age group of 18 to 44 years and above 45 years can come here and get vaccinated,” Kejriwal said.

Registration will be done on the spot to receive vaccine jabs. “I appeal to all journalists and their families that they should come in large numbers so that everyone gets vaccinated.”

Get gorgeous skin with VLCC’s DNASKIN