Delhi Lockdown: No Restrictions on People Going To/From Airports, Railway Stations or ISBTs: In the wake of the unabated rise of new Covid-19 cases in the national capital, Delhi Chief Minister Arvind Kejriwal on Monday has announced a six-day lockdown starting from 10 pm tonight till 6 am on April 26. 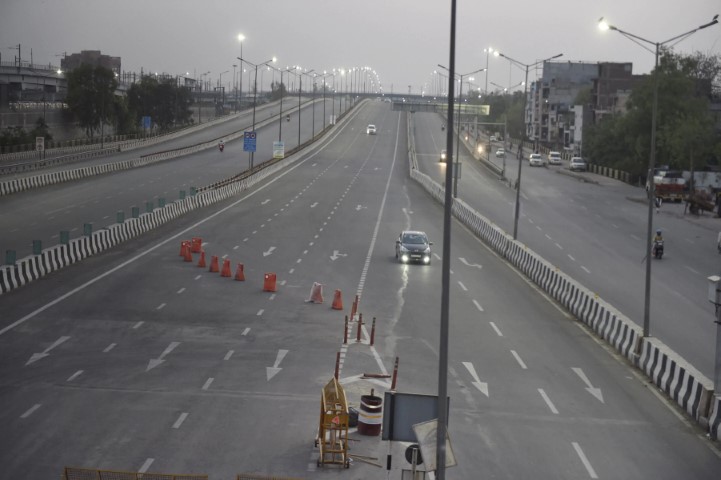 However, there will be no restrictions on passengers going to/from airports, railway stations or ISBTs. In a notification issued by the Delhi government, it said, “Persons coming from-going to Airports/Railway stations/ISBTs will be allowed to travel on production of valid ticket.

Officials in the officers of diplomats of various countries as well as persons holding any constitutional post will also be exempted on the production of valid ID card.” Also Read – Kejriwal speaks to Shah, seeks help amid rising Covid cases

During the six-day lockdown, media persons will also be exempted on production of valid ID card. And, there will be no restriction on inter-state and intra-state movement/transportation of essential goods. “No separate permission/e-pass will be required for such movements, ” the notification added. Also Read – Diet drinks, soda might be harming your fertility

The Delhi government’s announcement came as the fourth wave of the pandemic hit the national capital which has also brought healthcare services to the brink of collapse. During his televised address to the nation, Delhi CM Kejriwal said, “In order to prevent a total collapse, LG Anil Baijal and I took this decision. And in this duration, essential services will be allowed and more beds will also be set up.” Also Read – Lockdown in Delhi From Tonight Till April 26: What’s Allowed, What’s Shut | Full LIST

As the city logged around 23,000 coronavirus cases in the last 24 hours, Kejriwal and Baijal held a meeting earlier in the day to discuss the overall situation. “I won’t say our health system has collapsed but it is at an alarming stage due to the resurgence,” Kejriwal further said, adding the overall situation in the city was critical.

On Sunday, he had stated that less than 100 ICU beds were available in Delhi and there was a shortage of Oxygen too in Delhi’s hospitals.
Sisodia and Jain visited several government hospitals till late night on Sunday. Delhi on Sunday reported over 25,000 new cases.