Students of Dikshant Global School, VIP Road, Zirakpur staged a street play (‘Nukkar Natak’) on World Population day, to highlight the menace of population explosion. The play was performed at Panchkula’s Sec 7 Market. The play emphasized on how the growing population is leading to unfavorable conditions like deforestation, global warming, unemployment and diminishing resources. 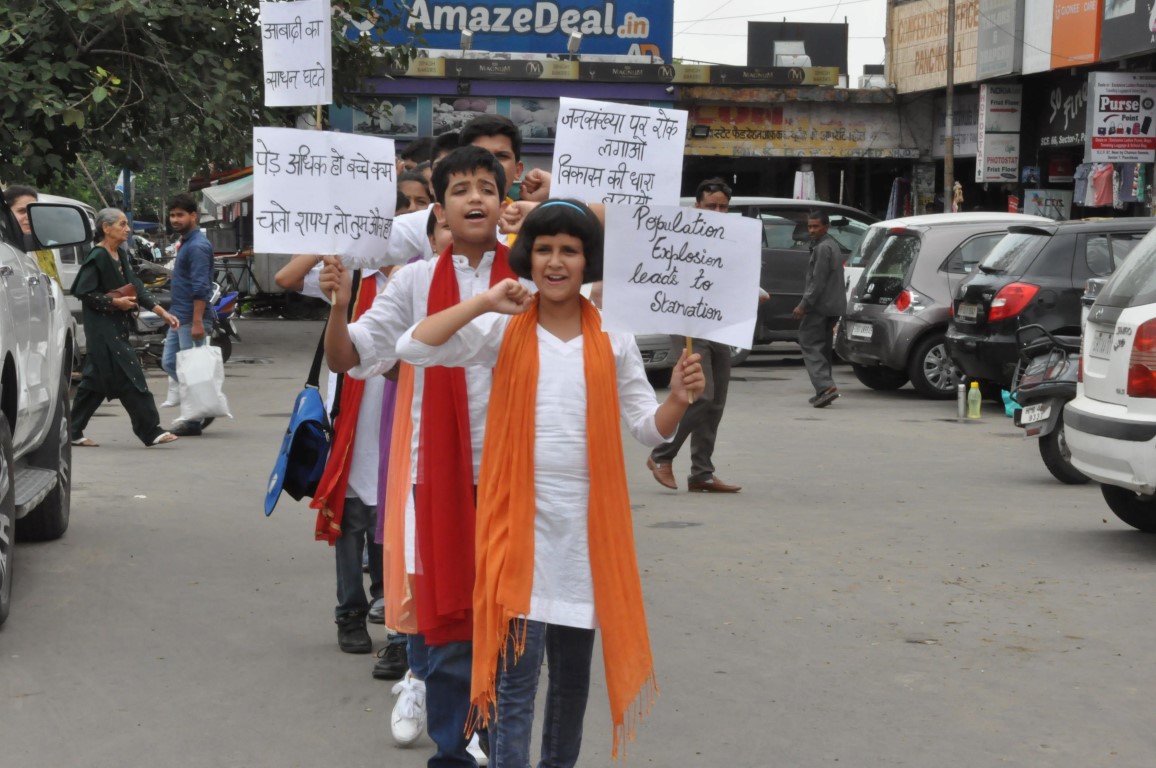 Through acts of poetry, songs and entertainment, the play narrated and conveyed an important message that now it is the time to act and think about the progress rather than regress. The students also took out a rally, holding placards, through the market, explaining ill effects of over population.

The play was scripted and directed by the students of theatre group of Dikshant Global School under the guidance of their teachers. “The complete execution of the play helped in developing the students’ confidence, thinking skills, observation and imagination. The activity also helped them become more sensitive towards this critical social concern informed.” Said Mitul Dikshit, Chairman, Dikshant Group of Schools, Zirakpur.