Home Entertainment Cinema ‘Emergence: Out of the Shadows’ – a film on LGBTQ rights to...
Facebook
Twitter
WhatsApp
Email
Print
Telegram

‘Emergence: Out of the Shadows’ – a film on LGBTQ rights to be released in India  soon: The Supreme Court of India had struck down the draconian Article 377, that criminalised gay sex, on 6th September, 2018. The judgement was widely welcomed, but prejudices remain. Life is harsh for the LGBTQ community in India. 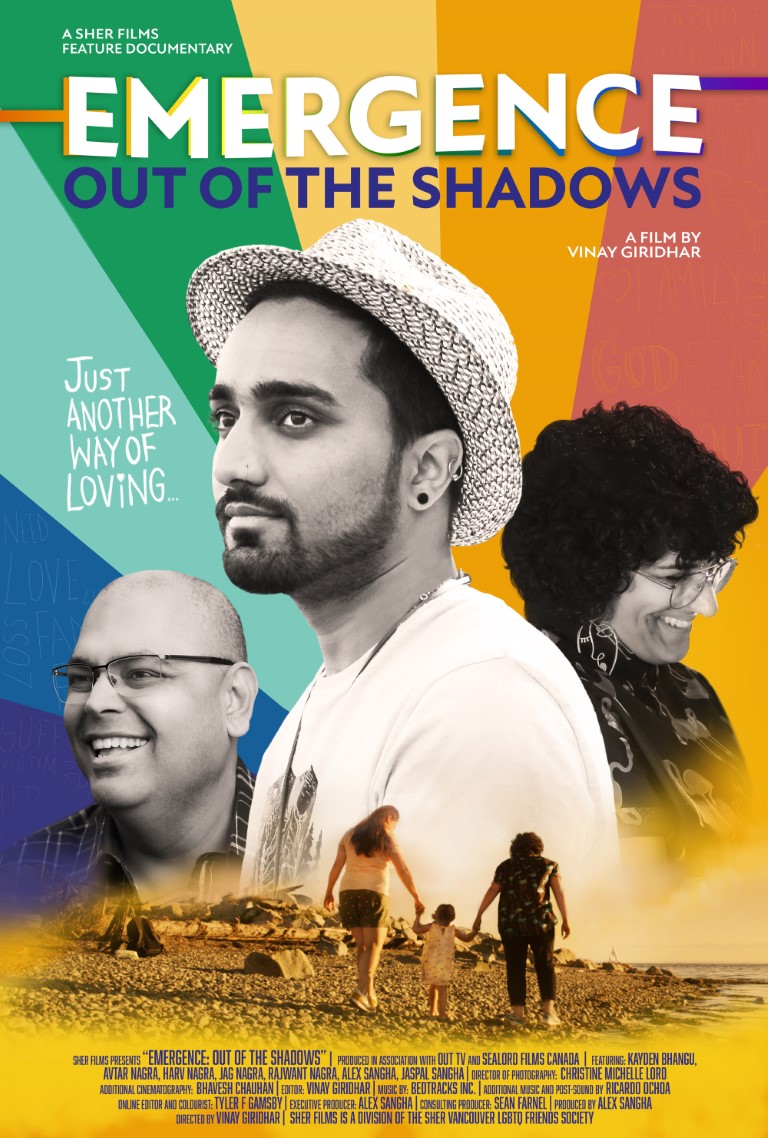 However, some Indo-Canadians are coming out of the shadows, breaking the taboo and living a life they aspired for. All this encapsulated in a new feature documentary ‘Emergence: Out of the Shadows.’  The film has caught the fancy of the North American media.

The film, set to hit the Indian screen space soon, is relevant, as all characters have an India connection. Overpowering emotions, shocking revelations, sombre moods, teary eyed narrative eventually meet a ray of hope as parents accept children unconditionally, the way they are. Giving a new tone and tenor to the whole idea of love.

For Kayden, Jag, and Amar, awakening to and expressing their sexuality within conservative South Asian families was a lonely and terrifying experience. Heart-wrenching and healing, their distinct coming-out paths offer comfort, compassion, and inspiration to individuals and communities struggling with acceptance.

The stories of Kayden, Amar, and Jag begin from a place of darkness and emerge out of the shadows to a place of courage and hope. Imagine you are a young international student from Punjab, studying Computer Science at Langara College in Vancouver.

Everything is going well and you are enjoying life in this beautiful west coast Canadian city. You feel blessed. Then suddenly, overnight, your life comes crashing apart. The relatives you are living with in Surrey find out you are gay and kick you out of their house. Your cousin physically assaults you.

Then your mother and father and family in Punjab have disowned you and want nothing to do with you. You are trapped in a foreign country with no money for food, shelter or to pay your college fees. Your immigration status is in limbo. What would you do? How would you survive?

This is the opening premise of the feature documentary film – ‘Emergence: Out of the Shadows’. Emergence moves beyond being a true story of survival, resourcefulness and resilience. It illuminates the trauma of family rejection and its impact on emotional and psychological health, especially for this young man, Kayden. 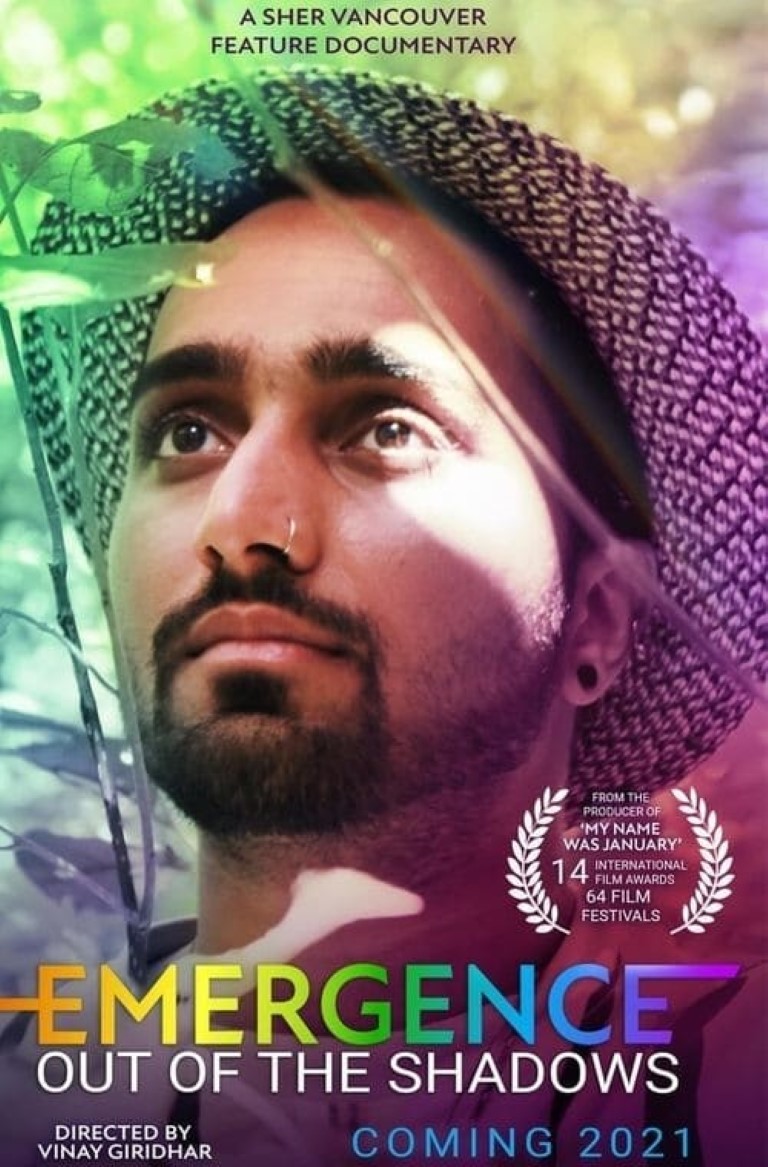 Produced by Alex Sangha who is the founder of ‘Sher Vancouver’, a not-for-profit society and registered charity for LGBTQ+ South Asians. The Governor General of Canada awarded Sangha, a social worker and counsellor, with the Meritorious Service Medal for founding Sher Vancouver.

Sangha dedicated this award to his Mother Jaspal Kaur, who raised Sangha and his two brothers as a single parent. Sangha is also the producer of “My Name Was January”, winner of 15 international awards and 66 official selections at film festivals around the world.

The film is directed by Vinay Giridhar, who says, “The film can help you understand the unique challenges faced by LGBTQ community of South Asia.”