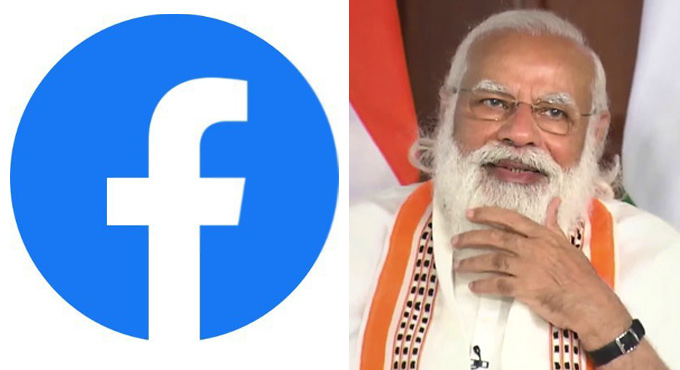 Buzzfeed News first reported that Facebook temporarily hid posts with the hashtag or text #ResignModi because “some content in those posts goes against our Community Standards”.

The Facebook users who tried to view the hashtag saw a message saying that Facebook was temporarily hiding the posts in order to keep the community safe.

In a statement given to The Verge late on Wednesday, Facebook said it has now restored the posts and the hashtag was blocked “by mistake”.

The company said that the Indian government did not ask to remove the hashtag.

Facebook also said that the block was the result of some of the content that used the hashtag, “but did not specify what kind of content”.

Earlier this week, Twitter pulled down at least 50 tweets at the behest of the Indian government, that criticised the government for the poor handling of the ongoing Covid-19 pandemic.

The data available on Lumen database showed that the micro-blogging platform deleted more than 50 tweets that belonged to people like Revanth Reddy, an MP from Telangana; Moloy Ghatak, a West Bengal state minister; two filmmakers; an actor and others.

A Twitter spokesperson said in a statement that when it receives a valid legal request, it reviews it under both the Twitter Rules and local law.

“If the content violates Twitter’s Rules, the content will be removed from the service. In all cases, we notify the account holder directly so they’re aware that we’ve received a legal order pertaining to the account,” the company said in a statement.

In February, Twitter took a range of enforcement actions against certain Twitter accounts after the Indian government ordered it to take down more than 500 accounts for clear violations of its rules.