With an objective to foster the imagination and creativity of children, Dikshant International & Global Schools have adopted storytelling as an integrated part of the curriculum in kindergarten and primary section. A session under this was conducted by Mariam Karim Ahlawat, a renowned novelist, playwright, screenplay writer, children’s writer, columnist and illustrator. Mariam took two sessions first was for  2nd & 3rd Graders and the second was for 4th & 5th class students. 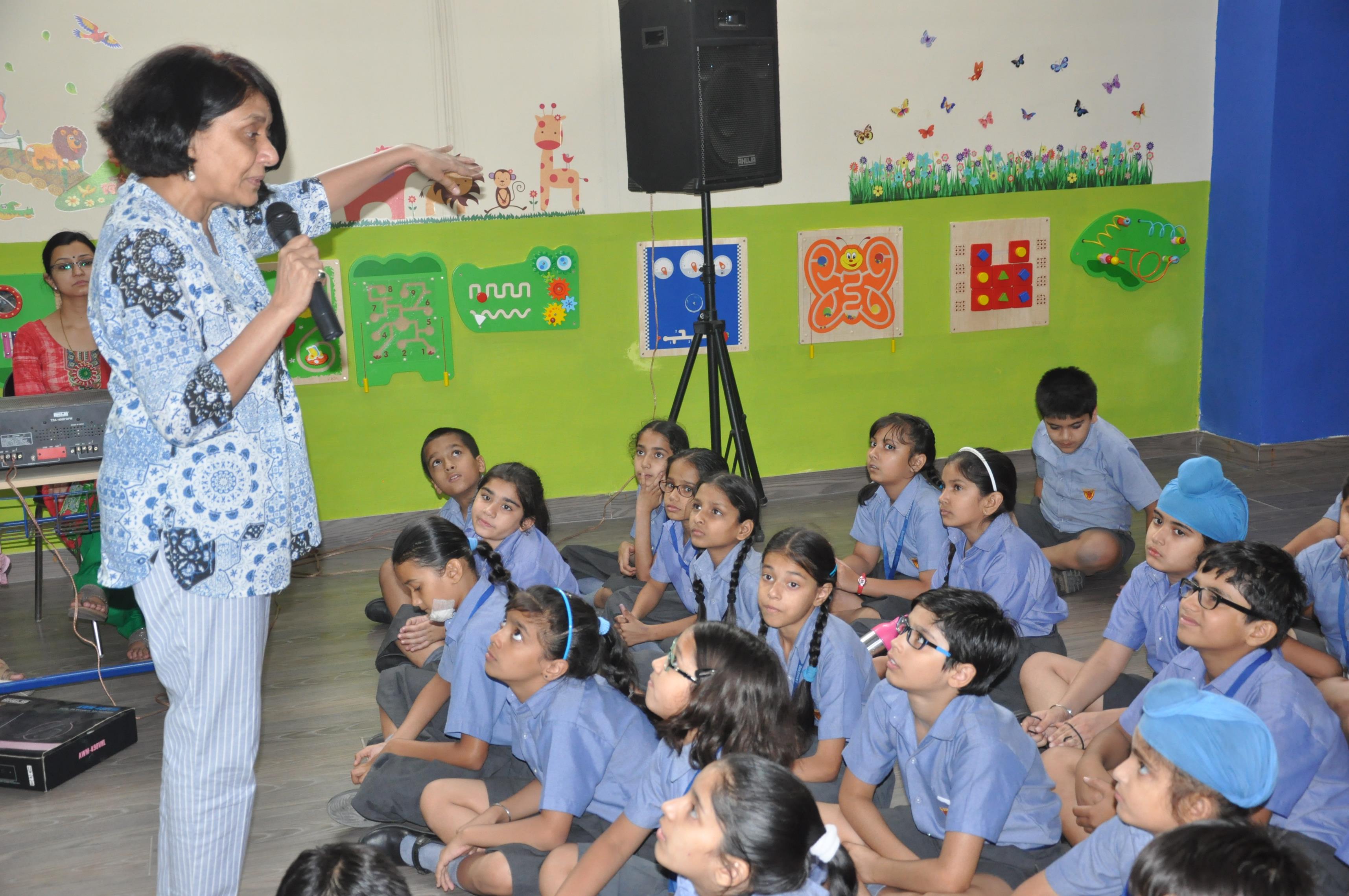 As Mariam began her narration from her book ‘Gulla and the Hangul’, she soon had everyone in the audience engrossed with her extraordinary storytelling skills. Children adored the character of a kind-hearted shepherd boy in a Kashmiri village, whose close bond with nature and her creatures formed the basis of a very well told story.

“Students enjoyed enacting the characters, the reading session and impersonations by me, they seemed to have been transported into an imaginary world! ” Said Mariam.

“To implement the new curriculium which is based on stiry telling , monthly storytelling sessions are planned for the entire year. Some of the well known storytellers and experts in children’s literature have been invited to hold these sessions. Dikshant is actively involving mothers of students in these sessions to help them understand the impact of storytelling on the development of a child and get them in sync with the implementation of the new curriculum.” Said Mitul Dikshit, Chairman, Dikshant Schools.

It is noteworthy that Mariam Karim Ahlawat is a pedagogue of French Language and Literature, a freelance editor, and a writer of fiction for children and adults. Mariam’s second novel The Street of Mists, was longlisted for the Man Asian Prize 2009. Born in Lucknow, India, and educated at the Jawaharlal Nehru University, New Delhi and the Sorbonne in Paris, Mariam grew up in an army environment travelling across the country to wherever her father was posted. Her knowledge and her deep understanding of the world around her and the social issues are reflected in her writings.

A new Ultra Modern Meat Market will be established at Balongi...