Fear the Walking Dead Season 6: Let us Know More: I am sure by now you have understood by the heading of this article that what actually the series is all about? 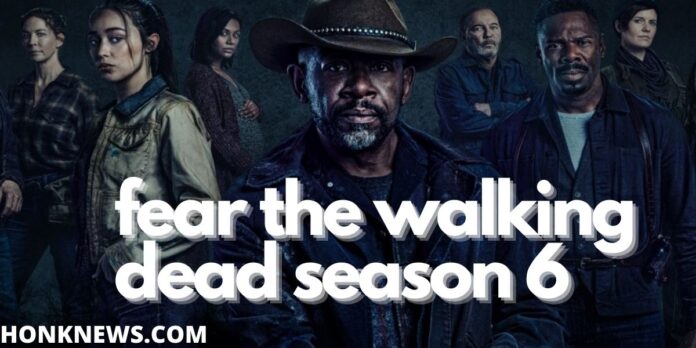 Thriller, crime, or some horror drama? Let us find the answer between the lines and learn more about the series Fear the Walking Dead Season 6.

Fear the Walking Dead: About the Series

And the sixth season of the series, Fear the Walking Dead was aired on 11th October 2020, whose last episodes yet to be aired. The season will release its last episode on 13th June 2021. And yes the series seventh season might come. The announcement is yet to be made. The series was released through the original network AMC.

The first three seasons of the series revolve around a blended family. The family members include Madison Clark, who is a high school counselor, Travis Manawa, an English teacher, daughter Alicia, and his drug-addict son, Nick. Later on, the family encounters the zombie apocalypse. And they began to invent themselves, by learning new skills, practicing new norms, and adopting new attitudes.

The sixth season of the series revolves around Morgan Jones, who has been left dead by Virginia. And later Virginia and her team separates the remaining members of the Morgan Groups and send them to desired places.

I am sure you all will love watching this horror drama series which has highlights of a zombie apocalypse. So what are you waiting for? Go and watch the six-season of this chilling and alarming series only on Amazon Prime Video.