Film ‘Icecake’ redefines the women motorcycle riding in India: If you associate rebellion, outlaws, and racing with men, think again! Three women are all set to change the motorcycling landscape in India with their grit and passion. Dimple, Sahiba, and Monisha are racing with their male counterparts in an upcoming feature film, ‘Icecake’. 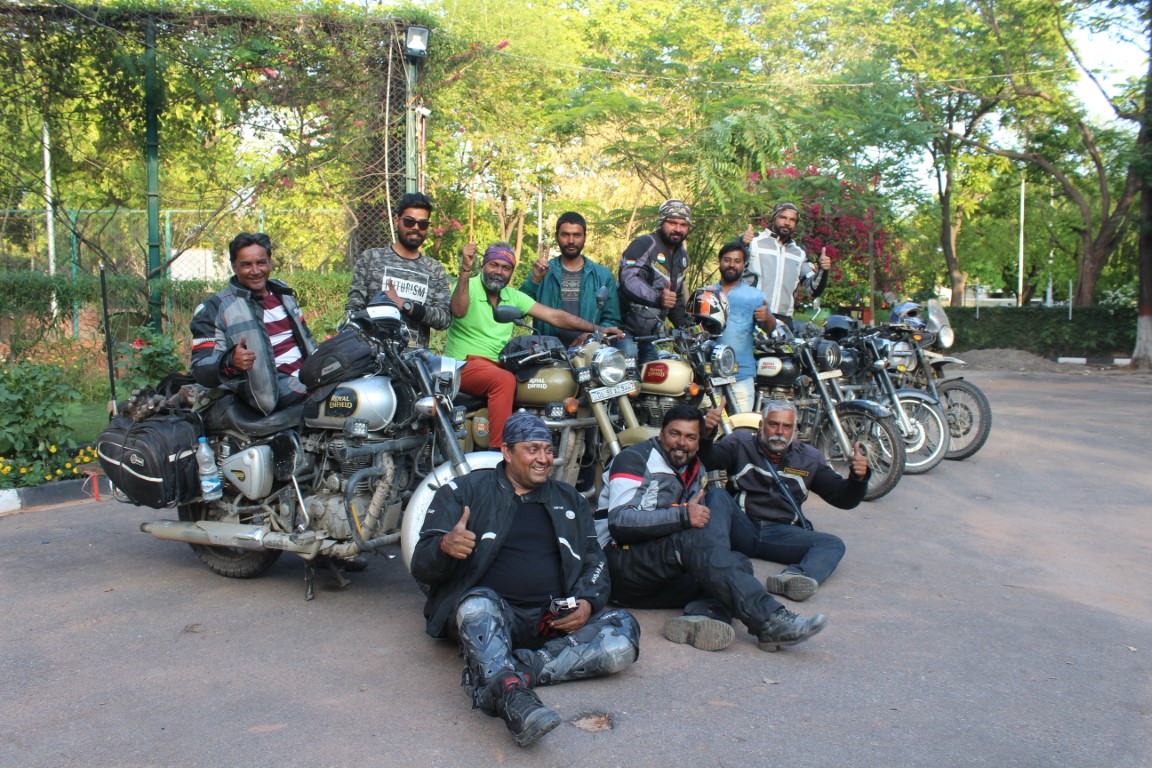 The film which is directed by artist filmmaker Manoj Mauryaa, is a real-time journey of 12 professional riders (no actors) as they travel 1400km with their mean machines from Delhi to Kaza. This riding terrain is considered one of the toughest terrains to ride and have been fascinating the riders all over the world.

These professional women riders are seen fighting, challenging and even outwitting their male riders in counter steering and motorcycling manoeuvres techniques in the film.

Dimple Chaudhary, originally from Uttar Pradesh’s Hathras, is the country head of Women International Bike Riders’ Association. She is a photographer and writer. She has won the Best Photography Award in International Art and Photography. She has participated in biking rallies and has supported LGBTQ causes with her motorcycle social rides.

As a young girl when she was not able to lift the heavy motorcycle, Sahiba Kaur used to sneak into her father’s motorcycle and set out on small rides. Her mischief and courage still continue as she embarks on several solo and group biking expeditions. Popularly known as The Royal Enfield Woman, this Punjab di kudi is a beautiful dancer and an athlete.

Monisha Moni is India Book of Records holder for being the youngest adventurous female biker to conquer the dangerous roads of Lahaul and Spiti at the age of 20. She also holds Marvellous Book of Records. She has been selected as a brand ambassador to campaign for women empowerment by Uttar Pradesh Government.

The girls are braving dangerous mountainous terrains, isolated valleys, high mountain passes, scorching sunshine, and freezing snowstorms with ease and excitement as they ride one of the highest motorable road in Spiti Valley of Himachal Pradesh. “ATV off road riding gives me a kick and I am always looking out for the opportunity to pack my bags and leave for some adventure,” says Monisha.

“During my shoot with the riders, I anticipated that I might have to mellow down on my erratic shoot schedules with the girls. But to my surprise, these girls turned out to be rough, fit and strong when it came to nonstop shooting and riding along the treacherous roads”, director Manoj Mauryaa, sharing his experience while shooting with the girls.

“I have been on riding expeditions to Kinnaur, Spiti, and Ladhak several times but this time it is going to be my most adventurous trip ever! I can easily brave the road challenges but facing the camera is going to be tough. Like always, taking risk is my passion and I am looking forward to making the best out of this shooting expedition”, signs off Dimple.

Besides, the stunning landscapes of snow-clad mountains, what makes the film beautiful is the inevitable visual art woven into storytelling narrative, a trait idiosyncratic to the painter-filmmaker, Manoj Maurya. Icecake comes replete with action, romance, drama, adventure, and beautiful songs. The film also inspires the youth to stay away from drugs and other substance abuse.

Whether these girls will give us some real slice of action, adventure, and thrill, the movie will tell but certainly, they are giving loads of inspiration to the aspiring women bikers to backpack their dreams and ride on some adventure.

Icecake is directed by the artist-filmmaker Manoj Maurya who is a fanatic traveller who has travelled 17000km on road nonstop in 62 days across 23 states of India to make five documentary films on what makes India of twentyfirst century. He has written and directed several fiction films which have won international acclaim. The film is scheduled to travel to film festivals across the globe.