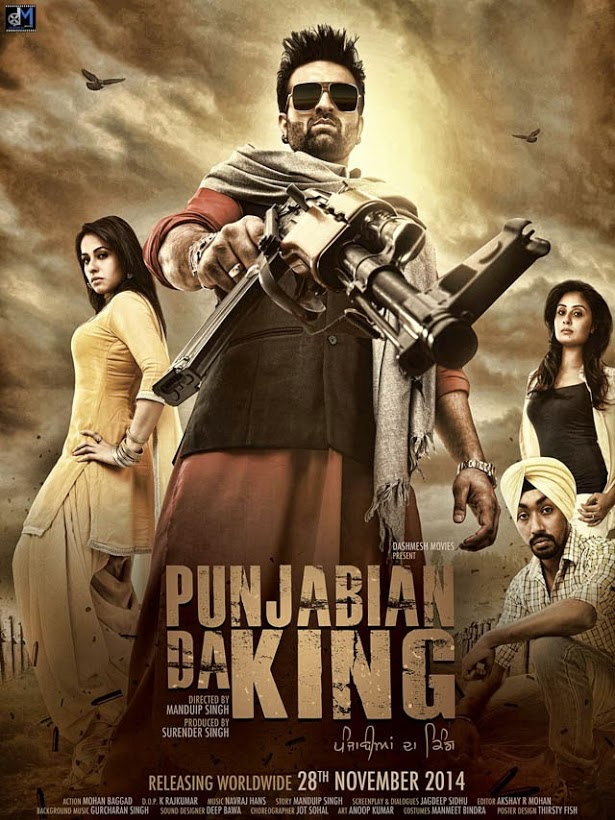 NewZNew (Chandigarh) : The first look & theatrical trailer of the much awaited Punjabi movie “Punjabian Da King” was launched in the presence of the entire star cast at Club Miami today. The movie stars Navraj Hans & Keeya Khanna in lead roles. The supporting cast includes Jarnail Singh, Bhanu Sri Mehra, Shivendra Mahal, Hobby Dhaliwal, Bhottu Shah, Bunny & Surender Singh who is also the producer of the film. The movie has been helmed by renowned director Manduip Singh who has also written the story of the film. ‘Punjabian Da King’ has been produced under the banner of Dashmesh Films whose last production was the hit rom-com Fer Mamla Gadbad Gadbad.

The story is a musical action drama that guarantees to captivate the audience with its scintillating action & power packed performances. Speaking about the movie the director of the film Manduip Singh said, “It was an amazing experience to shoot the film & work with such amazing talent. The film will take the audience through a variety of emotions and the high voltage action just adds to the overall experience.”

The film is another example of the evolution of Punjabi Cinema which is experimenting with different genres. Surender Singh the producer of the film added, “We were fortunate to have such a great team and everyone gave their 100% in the making of the film. We made a conscious effort to give the audience a film that is a wholesome entertainer but also something creatively different.”

The music of the film has been composed completely by Navraj Hans. Speaking on the occasion Navraj said, “The entire making of the film was fun & the team was like a family. Apart from acting I got an opportunity to compose music for the film which also, was a satisfying experience creatively as music runs through my veins and is my first love.” Keeya Khanna who plays the female lead opposite Navraj said, “When I first heard the script I said yes without a moment’s hesitation. To add to the great story the entire team not just the actors put in a lot of effort in making the film and the audience will see that when they watch it.”