First mega-monsoon tragedy as 11 killed in Mumbai house-crash: In the first major monsoon-related tragedy, at least 11 persons were killed and 7 more injured when a two-storied residential building collapsed and crashed on an adjoining tenement in Malad west late on Wednesday, officials said here on Thursday. 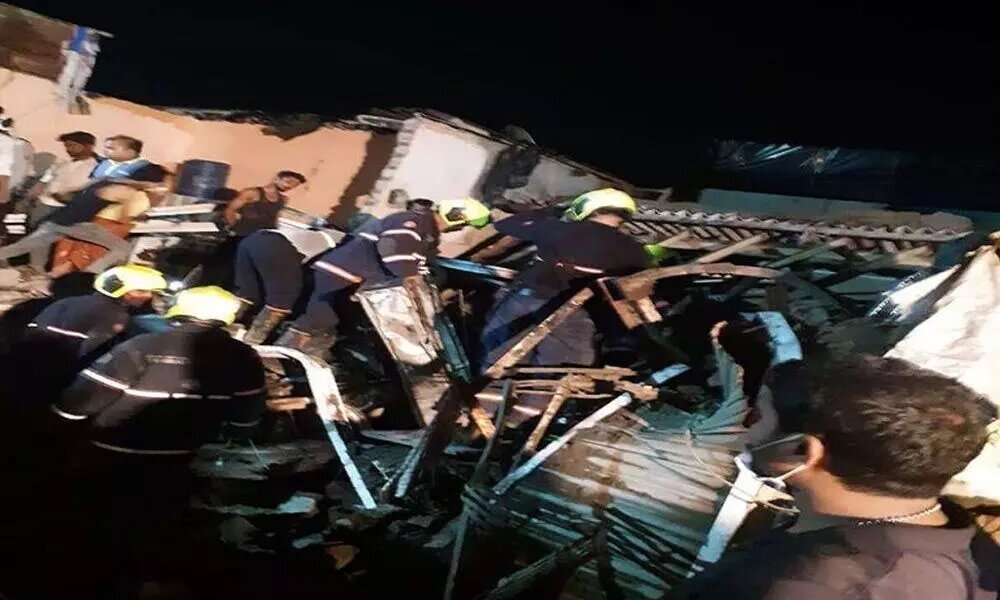 The tragedy struck at around 23.30 hrs inside the congested slum colony housed in the New Collectors Compound, Malvani area of Malad west suburb, said the BMC Disaster Control.

So far, 11 persons have perished in the incident, comprising 9 from a single family, and after the locals raised an alarm that a few more may still be trapped under the huge mound of rubble, efforts were made to dig them out.

A majority of the victims killed are minors while another 17 were rescued by the locals, the Mumbai Fire Brigade, SDRF and others in the nightlong operations which continued at daybreak braving intermittent rains.

Mumbai Guardian Minister Aslam Sheikh, who is the local MLA, visited the tragedy site and directed the rescue and relief operations, besides other top police and civic officials.

Among the 7 admitted to the Dr BR Ambedkar Shatabdi Hospital, the condition of at least 3 is critical, while one was discharged after treatment for minor injuries this morning.

The IMD has forecast heavy to very heavy rains in Mumbai, Thane, Palghar, Raigad, over the 3-4 days and the state has geared up all agencies to combat any situation.

The Government is open and keen to work for the betterment...