NewZNew (Madhurapudi) : Chief Minister N. Chandrababu Naidu on Monday said that the State government will give top priority to supply of food to Hudhud cyclone victims in four districts, including Visakhapatnam City slum areas, and restoration of power by Monday evening.

Addressing media conference in the morning, before leaving to Visakhapatnam by chopper from Madhurapudi Airport at Rajahmundry, the Chief Minister said that the government is engaging helicopters to drop food packets wherever there is no accessibility and drop at a particular village from where the food packets will be transported by road to near by villages.

He said that he had instructed East, West, Krishna and Guntur Collectors to send as many food packets as possible from Gannavaram and Madhurapudi Airports on war footing to Visakhapatnam from where senior IAS officer Sai Prasad will monitor the distribution work. “My aim is that no cyclone victim should be left without food and I instructed all the Janmabhoomi Nodal Officers to completely shift their activities to affected areas in all the five districts including East and West Godavari,” Mr. Naidu added.

Technology savvy Mr. Naidu said that he constituted a technical committee with Advisor to government Satyanarayana as head to restore telecommunication system in Visakhapatnam, Srikakulam and other areas. “We are taking the support of private telecom operators as well as web engines like Google, Facebook for data integration, satellite imaging and even using cloud computing for restoring telecommunication system by today evening (Monday) at least in Visakhapatnam,” Mr. Naidu explained.

Replying to a question, Mr. Naidu said that he spoke to Union Power Minister Piyush Goyal and sought immediate help in restoring power in cyclone affected areas. He reiterated that on his request, men from Telangana, Tamil Nadu and Orissa governments are coming to Visakhapatnam by Monday evening. The Chief Minister said that for execution of works in line departments like power, agriculture, civil supplies, roads and buildings, irrigation, health and veterinary 3,000 nodal teams in all the five districts will work with coordination.

During the press conference, the Chief Minister received a call from Union Home Minister Rajnath Singh to whom he explained briefly about the calamity and invited him to visit the affected areas. Deputy Chief Minister N. Chinna Rajappa, Finance Minister Yanamala Ramakrishnudu also left for Visakhapatnam along with Mr. Naidu. 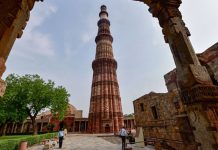 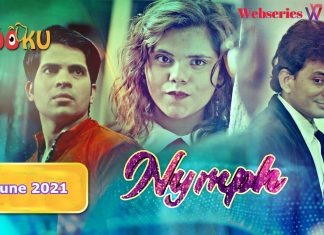 Punjab opens stadia after drop in Covid cases: With a rapid decline in the number of new Covid-19 cases, Punjab Sports Minister...