NewZNew (Chandigarh) : Harvinder Singh, General Secretary, All India Bank Officers’ Confederation (AIBOC) today expressed grave concern over the establishment of Banking Board Bureau (BBB) by the government and holding of Gyan Sangams in which ways and means are being found out to tarnish the image of Public Sector banks, make them further weak so that their ulterior motive of consolidation of PSBs can take place. 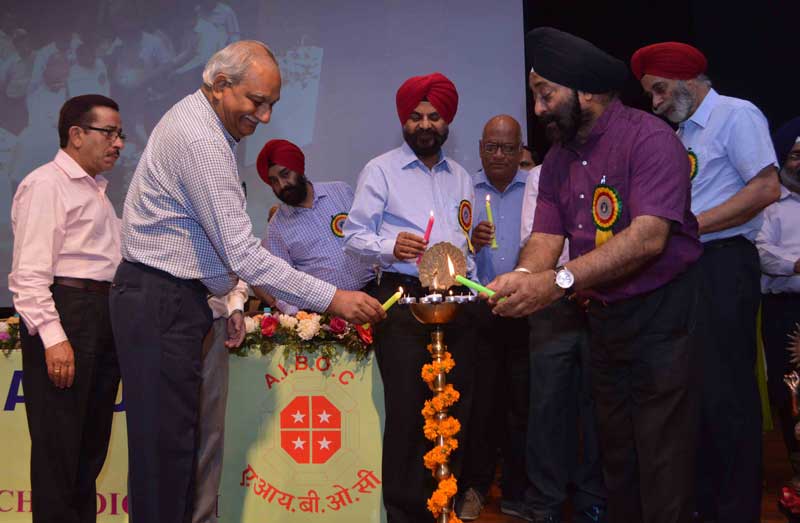 While addressing the officers Harvinder Singh, General Secretary, AIBOC, said that the officers of nationalized banks are committed towards and are devotedly contributing for the progress of the nation’s economy and developmental growth. They are also committed to fulfil their duty towards making the government sponsored schemes a grand success, including the recently launched Sovereign Gold bonds, Mudra loans, PMKVPs, PM Jan Dhan yojna etc. He however raised his voice over this burning issue and assured the house that their organization does not appreciate the moves of the government in this regard and also expressed his resentment that representatives of banking industry are not being called for to participate in such crucial decision making processes, meetings. Local units of the federation had demonstrated in front of the venue of recently held Gyan Sangam in Gurgaon. He said that agitation programme will be further intensified if the government does not take a pragmatic view on this crucial issue. He further said that we officers cannot be held responsible for the rising NPAs in banking industry, which is a game plan of the government.

Dr. Rakesh Sood, General Secretary, North-Western Unit of All India Bank Officers’ Confederation (AIBOC) while speaking on the occasion supported the issues raised by Harvinder Singh and said it was time for entire banking industry to come together and fight for the genuine issues against the government. 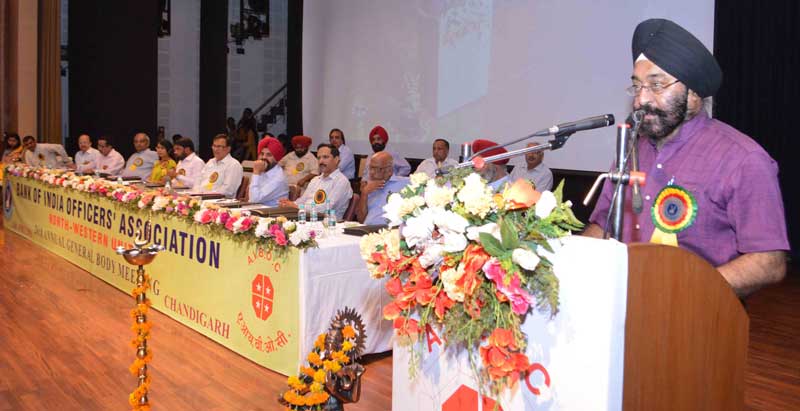 Sunil Kumar, President, Federation and Vice President of AIBOC, voiced his concern over the rising bad debts (NPAs) in the banking industry for which the blame was being thrust upon the officers community. He said the hidden agenda of the government and RBI are coming to the forth in which it is clear that under pressure from external agencies/institutions viz. IMF, World Bank, the government is bent upon weakening the PS banks.

“Although we are not against upliftment of the downtrodden and have a positive approach towards financially helping them but declarations at various political levels for waiver of loan recovery/bad loan recovery are putting further pressure on asset quality and profitability of banks. Large corporates were provided huge amount of loans by the PSBs at the behest of highly placed government servants/political leaders but when these became bad due to non-repayment, the blame is now being put on bank officials that necessary monitoring was not done. Our view is that these large borrowers enjoy the support of such highly placed government officials and do not care about the follow-up by the branch level officials. Further that these government officials and large borrowers are playing a hand-in-glove game and when pressure is mounted at the highest level of the banks for recovery action, escape routes are also facilitated for such large defaulters”, he said.

Sunil Kumar added, latest vivid example of such an instance is that of Vijay Mallya. Many other large defaulters are still at large and enjoying life at the cost of bank’s funds with crores and crores of rupees of public money lying in bad debts and no efforts appear be made by the government to help the banks to recover their said NPAs.

The Simbas of cricket