Gulf Oil Lubricants India Ltd, part of the Hinduja Group, in collaboration with Manchester United, today unveiled a unique campaign – ‘Gulf Fan Academy’, with the aim to connect with ardent Indian fans of the football club. The Gulf Fan Academy is a part of a multi-rollout comprehensive campaign to highlight Gulf Oil’s association with Manchester United as the official global retail fuel and lubricant partner. 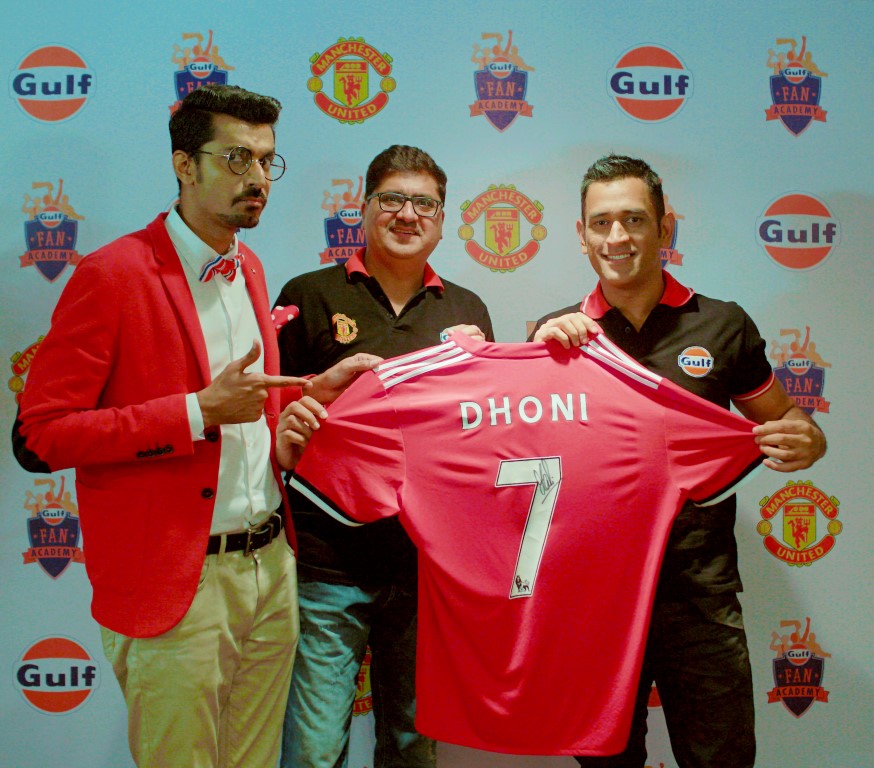 The ‘Gulf Fan Academy’ is going to be driven by popular stand-up comedian Azeem Banatwalla, who as the Chief Fan Officer will engage with fans, some of whom are high profile personalities. A self-confessed fan of Manchester United, cricket legend Mahendra Singh Dhoni will feature in the video doling out details & conversations that highlight his love for the club.

The ‘Gulf Fan Academy’ will engage Manchester United fans through a variety of original entertaining content as well as by hosting a series of contests in the form of challenges on social media along with on-ground activations. Fans who prove their mettle through endurance and passion, will be awarded at the Gulf fan academy with official Manchester United autographed merchandise and in many other ways. They will also be groomed to become the ultimate fan and gain access to the Hall of fame. These top winners will then get a trip to Old Trafford (UK), the Theatre of Dreams and home of Manchester United.

A major highlight of the engagement campaign will also be an upcoming tour of Manchester United Legends in the country. The Gulf Fan Academy will primarily engage with the audience in the digital domain through official digital properties, Facebook, Twitter, Instagram, Web Banners and YouTube, of both Gulf Oil and Manchester United.