newznew (Newzealand – Gurbir Singh) : Gurpreet Kaur,a 23-year old Indian was found dead in mysterious circumstances at her workplace in Manurewa, a major suburb of Auckland, by her employer around 5pm on May 11.

Gurpreet grew up in Punjab’s town, Balachaur in Nawanshahr district of Punjab (now known as Shaheed Bhagat Singh Nagar district). She had migrated to New Zealand two years ago on a student visa to do a training course at an Auckland institute. 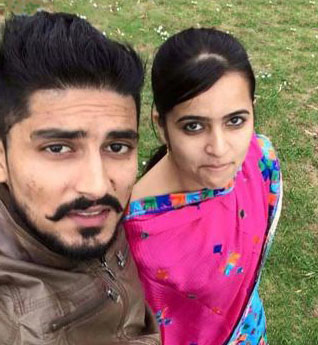 Currently, she was on a job search visa and was working in a private IT firm where her body was found.

Police were called to the scene and her body has been sent for a post mortem pending investigation in the cause of her death. It is rumoured that her body bore some neck injuries, but it is yet to be confirmed. Meanwhile, the police are not making any comments or assumptions, except confirming that they have referred the matter to the coroner.

Gurpreet was married to Satwinder Singh (30) in 2014 and he moved to New Zealand only six months back. In New Zealand, she was living with her husband who works in an electrical company and mother-in-law.

Her sudden death has shocked her family back home as Gurpreet had spoken to them just two days before her death.

Gurpreet’s mother and two elder brothers still live in Balachaur while their father lives in Dubai and works in a construction company. Her body is till in the morgue and it is also still unclear where and when her cremation will take place- India or New Zealand, and decision would be taken after her father’s arrival on Sunday, 14th May.

AP IIIT Seat Allotment List 2017 to be released on June...