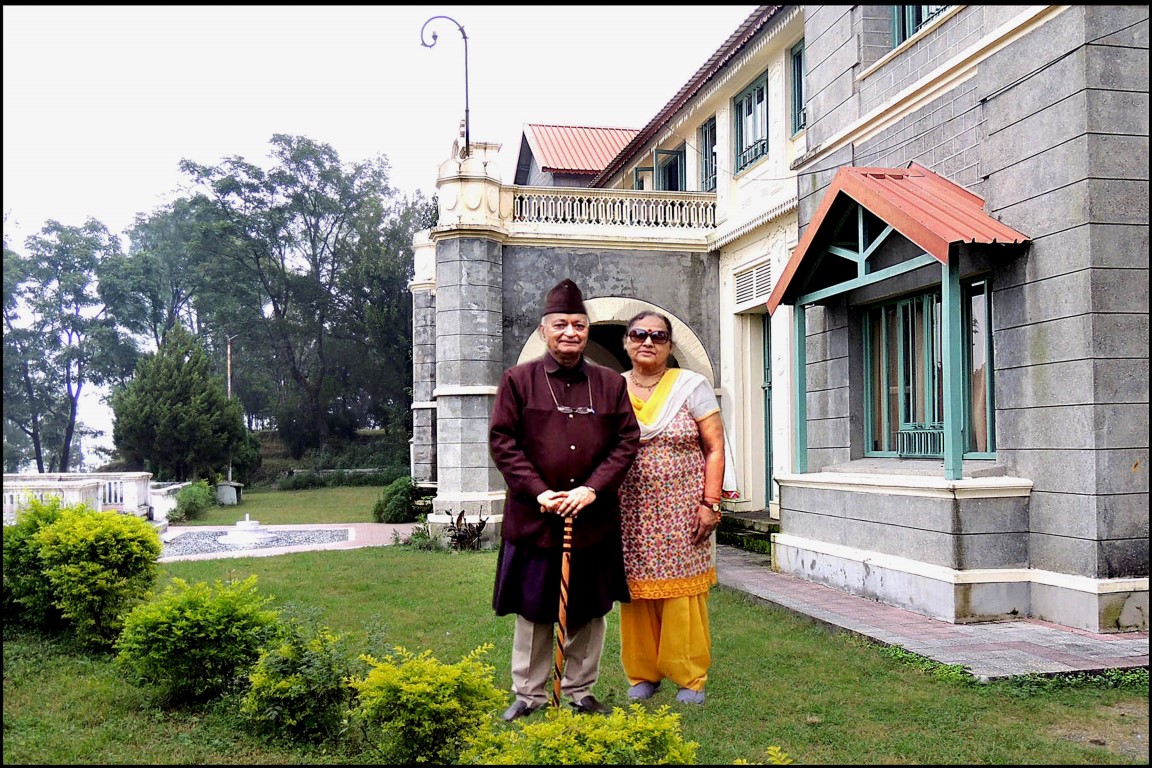 Maharaja Ranbir Singh of Jind, who was a great lover of Nature and a renowned camper, bought a hill on the bank of the Bhimtal Lake got a mansion built in 1922 AD and named it Rajbir Villa after the name of Yuvraja Rajbir Singh. Some other buildings were also erected to accommodate some other important families of the State. The entire place was known as Jind Estate.
Maharaja Ranbir Singh, along with his entourage, came here every year in March – April,  stayed for about six month and went back to the State capital Sangrur in the planes of Malwa (now divided into Punjab and Haryana) in September-October before the Vijayadashmi i.e. Dasehra, which was celebrated with great pomp and show at Sangrur.
Rajguru Raorishi Uttam Singhji, who, along with his family, also stayed at Bhimtal during this period as per programme. As Royal Tutor to Yuvaraja Rajbir Singh of the kingdom of Jind, Rao Uttam Singhji of Dadri, imparted education not only on the princes and princesses of Jind, including Maharajkumar Jagatbir Singh and Rajkumaris  Diamond, Ruby and Beryl, but also was a source of inspiration for many.
As a great exponent of the scouting movement, he contributed towards strengthening of human values and developing of virtues in the budding generation. The movement aimed at developing character, physical health, handcraft and service for others and the community; including many a virtue like manliness, sense of honour, balanced broad-minded outlook, care of the body with temperance and chastity, craft involving co-operation of hand with brain, trust worthiness, loyalty, helpfulness, friendliness, brotherhood, politeness, obedience, cheerfulness; cleanliness in thought, word and deed ; and love for God, humanity, birds, animals, plants and everything that is in Nature.
These were, in fact, his own qualities, which he wanted to inculcate in others also through scouting and his own example. These qualities contributed substantially towards developing the budding boys and girls into noble citizens useful for the themselves and the society and conformed to the Indian concept of Vasudhaiv Kutumbakam, according to which the whole universe is considered to be ‘One Large Family’. His teachings were based on universal and eternal Laws and he took pains to teach people with his own example. He demonstrated these qualities throughout his life through his own actions.
The scouting movement, which was flourishing in other parts of India under patronage of patriots like Pandit Madanmohan Malviya, Dr. Arundale, Dr. H. N. Kunjru and Sriram Bajpai,  developed substantially under the guidance of Rajguru Raorishi Uttam Singhji.
People come and go, but values go on for a longer period. The Rajbir Villa or the Jind Estate in Bhimtal has now been converted into SOS Complex, being used by the SOS children’s villages International and SOS JN Kaul Institute of Education.
Eminent Spirituo-Cultural luminary Sri V.P.S. Rao visited this place during a tour in September-October 2017, and was glad to see the useful humanitarian activities being carried out there under stewardship of Principal R.K. Wadhwa and Principal Dr. Ranjana Ruhela, respectively, who are  rendering exemplary services with missionary’s zeal. Previously, Principle R.K. Wadhwa has the credit  of rendering admirable social services in Haryana also. Principle Dr. Ranjana Ruhela is a well-known intellectual, who has carried out valuable researches in the field of education.
Also Read :   The Devil Inside Web Series All Episodes Watch Online On ULLU App Cast And Actress Name