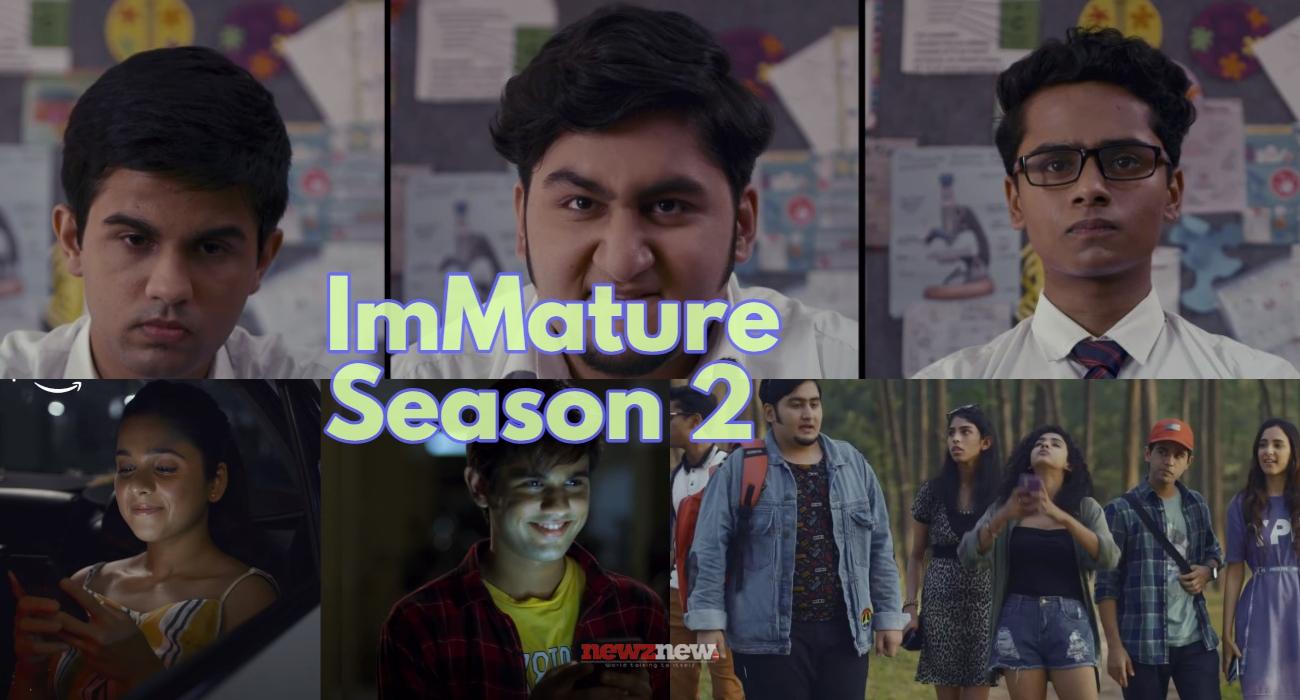 After the overwhelming response from the audience, the makers created a new season to the series, with fun roller coaster episodes and plots. This hilarious comedy series for season 2 is bagged by Amazon Prime Video. People can start streaming the ImMature Season 2 episodes on the official platform from August 26, 2022.

The series is directed by Prem Mistry and Anant Singh. It stars Omkar Kulkarni, Chinmay Chandraunshuh, Naman Jain, Rashmi Agdekar, and Kanikka Kapur in main roles. The plot of the tale revolves around young school students with their academic circular to age romantic relationships.

Amazon Prime announces the exclusive global premiere of the new season of the hit series ImMature. The series will available on Prime Video starting 26 August in over 240 countries and territories.

Take a look at the entire cast of ImMature season 2,