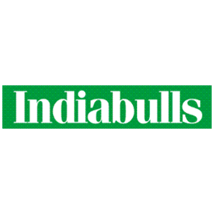 NewZNew (Chandigarh) : Well known Corporate — Indiabulls, whose founder, Mr Sameer Gehlaut has origins in Haryana, has committed a heavy investment in the state. Indiabulls Housing Finance Ltd, the second largest private mortgage lender in the country together with its group company, Indiabulls Real Estate Ltd, has committed an investment of Rs 25,000 crore in Haryana over the next seven years, said a release issued at capital Chandigarh.

Indiabulls is headquartered in Gurgaon, and has pan India operations with offices in 200 locations across the country. Mr Sameer Gehlaut, Chairman, Indiabulls Group, expressed his profound happiness in partnering with the Government of Haryana in the growth and development of the state through its latest mass housing scheme and other initiatives in providing housing for all.

In the recently concluded  “Happening Haryana Global Investors summit” of the Government, Indiabulls Group signed an MOU with the state government making an in-principle commitment to invest Rs. 25,000 crore in the state over next seven years by way of direct lending through home loans as well as indirect lending to the developers of various projects, particularly in the affordable housing segment.

The group already has sizeable exposure in NCR, both as a lender as well as a developer. With the encouragement from the state and the central Government, and to contribute to the overarching social objective of “Housing for all by 2022”, Indiabulls seeks to significantly scale up its operations in Haryana to provide a boost to the state’s economy, as also to tap into the growing demand for affordable housing.

Ayushmann Khurrana to be Happyness ambassador for Elante mall