Pumpkart, a Chandigarh-based start-up Monday felicitated Indian cricketer Harmanpreet Kaur with a cash award of Rs. 1 lakh. The company had announced the award to the 28-year-old player who had smashed an unbeaten 171 off 115 balls to help India beat Australia in the ICC Women’s World Cup semi-final recently. 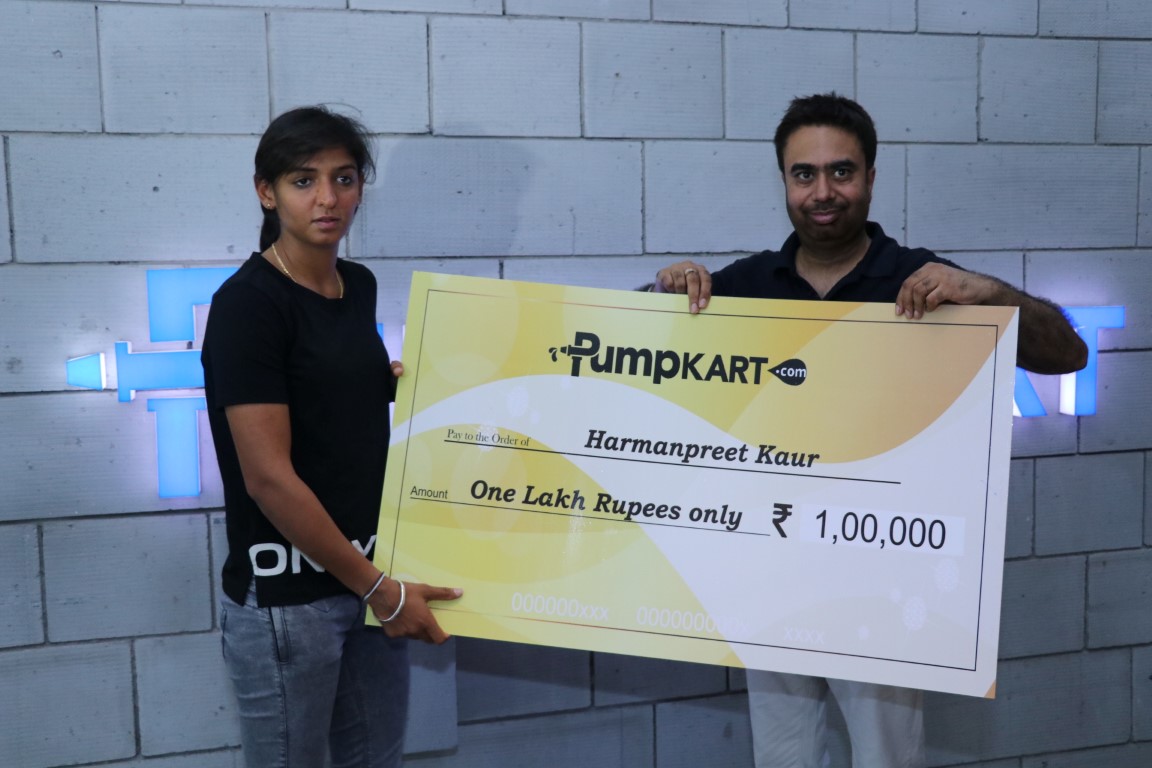 KS Bhatia, CEO & Founder of Pumpkart.com, while speaking on the occasion said the award was a recognition to brilliant performance by Harmanpreet Kaur, who has brought glory to Punjab by making 171 runs off 115 balls against the Australians, which he said is a world record in women’s cricket and she was one of the highest scorers from India in women’s Cricket.

“It was a pleasure to have a great player in our store and I would like to appeal to entrepreneurs to encourage such talented Indians who bring laurels to the country so that they can be encouraged,” said Mr Bhatia.

Bhatia said Pumpkart is encouraging women who are excelling in different fields and the idea behind felicitating Harmanpreet was to celebrate womanhood and also to acknowledge her excellent game. He added more women entrepreneurs, sports women and female students who do something innovative and bring pride to the nation will be honoured by Pumpkart.

He said it was his daughter who was listening to the radio that she heard about Harmanpreet and she felt someone bringing pride to the nation deserves to be encouraged. While speaking on the occasion, Harmanpreet expressed her gratitude to Pumpkart for giving her the honour.

It may be recalled that Pumpkart has been commended by none other than Google CEO Sundar Pichai, for its model of selling water pumps online.

NEP sets the vision of developing an equitable and vibrant knowledge...