FUNDING OF Rs 240 CRORES FINALISED AT INVESTMENT & START UP SUMMIT

A two day International Investment & Start Up Summit being organised by Law Chamber, a corporate legal consultancy,  which was taking place at SCO 126-127, Sec 8 C, Chandigarh has concluded. 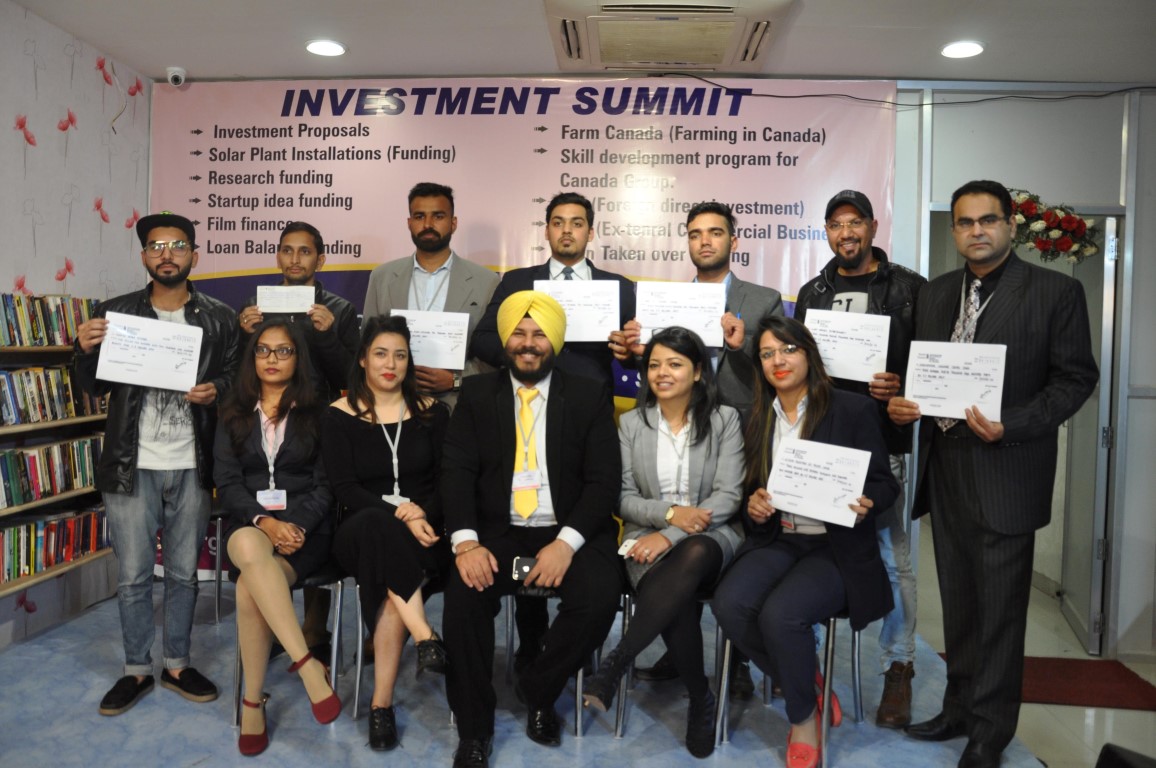 “The summit has ended successfully with finalisation of funding for proposals received by a number of entrepreneurs in fields spread across sectors like hospitality, films , aviation etc. We received many proposals from Start Ups, and  creative minds made presentations of their business projects in front of a jury. First a short list was made and then the final proposals to be funded were decided.” Said  Ms. Navinder Kaur, Organising Secretary, International Investment & Start Up Summit.

All the proposals that were finalised have some or the other USP.  Ms. Namrata Chhabra, Convenor, International Investment & Start Up Summit said,” We were looking for proposals in green-field areas for which we could arrange funding. It’s good that so many young minds presented unique ideas.”

“We have finalised an aggregate investment value of  nearly Rs 240 Crores over the two days’ summit. We also launched Law Chamber’s new initiative Farm Canada, a Canadian Government notified programme, under which farmers can go to Canada in the agriculture sector.”Said Ms. Namrata Chhabra, another Organiser.

The promoters of VM Aviation presented a prototype of an air Taxi for which they have a patent, and this impressed the jury, because of which financiers agreed to fund the VM Aviation project.

The summit was one of a kind for the region & a one stop shop for business ideas’ discussions, funding, FDI needs, External Commercial Borrowing solutions etc. The best part was that youngsters with great business ideas, who were not able to launch themselves in business due to funds shortage, were tied up with Angel Investors’ for their projects.