JioSaavn captures India’s listening habits with “Best of 2022”: JioSaavn, India’s leading music and audio-streaming service, has mapped the latest trends in audio streaming from the country to find audiences’ most  favorite playlists, artists and podcasts. 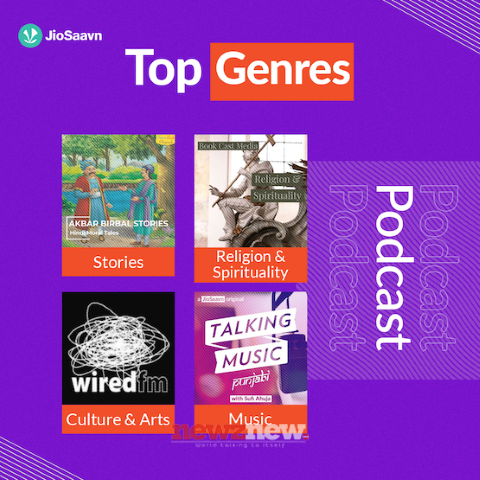 This was achieved by analyzing the data on the platform between December 2021 and November 2022. The outcome revealed some interesting facts about our audiences from across India.

With JioSaavn’s wide reach and extensive catalog, listeners from all over India tuned in to their favorite content mostly from 10 a.m. – 2 p.m. (constituting 45% of the total streams). While maximum streams were observed to have been on Saturdays, most popular genres were – Bollywood, Duet, Desi-indie, Telugu film and Devotional. Audiences also explored Desi Hip Hop and Kollywood genres, qualifying them to be on the top charts.

Favorite hits from across these languages gained maximum streams on the platform. While ‘Kalaavathi’ from Sarkaru Vaari Paata,‘Tillu Anna DJ Pedithe’ from DJ Tillu and ‘Mehabooba’ from KGF: Chapter 2 were in the top three for Telugu music, songs like ‘Bullet Song’ from The Warriorr, ‘Komuram Bheemudo’ from RRR and ‘Halamithi Habibo’ from Beast also made it to the top list.

The Punjabi music list was dominated by  Sidhu Moose Wala, with chart busting songs like ‘Levels’ and ‘The Last Ride’. Other artists on the list were – A.P. Dhillon, Gurnam Bhullar, Shubh and B.Praak and top songs included –Never Fold, Pasoori and Beliya. Punjabi music playlists like ‘Let’s Play  – Sidhu Moose Wala’ and ‘Punjabi Chartbusters’ were also widely popular among audiences.

Haryanvi artists like G.D. Kaur and Masoom Sharma made the nation groove to songs like ‘Chand’ and ‘Gypsy’. Bhojpuri music also made waves across India with songs like ‘Le Le Aayi Coca Cola’ and ‘Nathuniya’ by Khesari Lal Yadav.

Storytelling podcasts were the most popular among listeners in 2022, followed by genres like Religion & Spirituality, Culture & Arts and Music. ‘Dil Mein Ho Tum – Romantic Audiobook By Monika Patidar’ was the most streamed podcast on the platform followed by The Stories of Mahabharata, Jai Bajrangi, Kabir ke Dohe and Shri Krishna Amritvani.

The collected data reflected that while audiences enjoyed their personal preferences when it came to music, they also regularly tuned into popular weekly charts showcasing an inclination towards exploring trending music. Similarly, hit singles like ‘Kesariya’, ‘Dhokha’, ‘Calm Down’ and ‘You’ were the most popular JioTunes this year.