Karm Yuddh Web Series Episodes On Disney+ Hotstar: Karm Yuddh is the new web series from Disney Plus Hotstar. It is created by Kailashnath Adhikari and Ravi Adhikari. 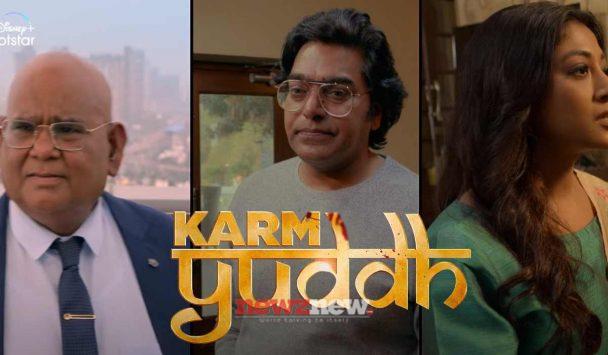 The series stars Satish Kaushik, Paoli Dam, Anjana Sukhani, and Chandan Roy among others in prominent characters. Disney Plus Hotstar has dropped the official trailer for the series and it also announced the streaming date.

Karm Yuddh series is about the Roy families, their personal actions, legacy, and vengeance make the city worsen into a blood bath.

What is The Release Date Of Karm Yuddh Series?

Karm Yuddh will start streaming on Disney Plus Hotstar from September 30. According to sources, the first 9 episodes of the series will available online on its day of release.

Check out the complete details of Karm Yuddh Hotstar Specials Episodes below,

Chitkara International School becomes the First School in the region to...