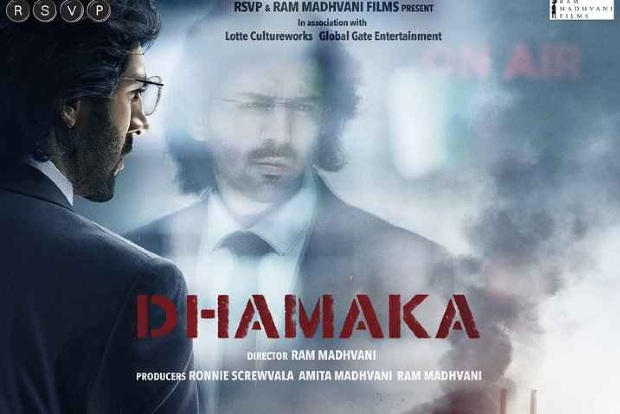 “Jo bhi Kahunga Sach Kahunga #Dhamaka Coming soon, only on Netflix,” wrote Kartik, with a clip of the film.

The story of the film revolves around Kartik’s character, a news anchor, who gets caught up in a frustrating situation on learning about a mysterious bomb blast. Events that follow lead him to a point where he has to choose between his career and humanity.

Said director Ram Madhvani: “I have been wanting to collaborate with Kartik Aaryan for some years now and I’m thrilled he wanted to do Dhamaka. Every day Kartik gave his all to the 360-degree system with which I work. His full involvement, his passion, his precise calibration as an actor is something that I highly respect. It would be great to collaborate with him again because he made my work better.”

Actor Kartik Aaryan, who sports a long-hair look in the film, says: “Dhamaka has been a very exciting and enriching experience for me as an actor. Working with a maverick like Ram Madhvani has allowed me to explore & showcase a new facet of my personality. I am thrilled that the film will reach audiences and my fans all around the world on Netflix.”

Dhamaka will premiere exclusively on the OTT platform across 190 countries.