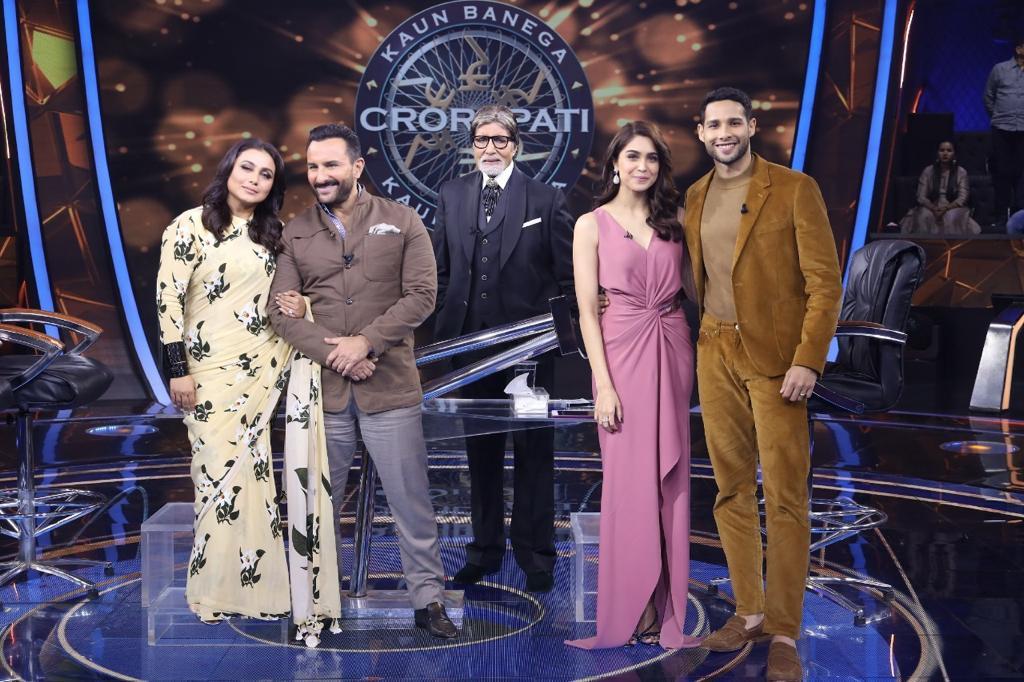 A look at the promo, which has been shared by Sony Entertainment Television, and you know it’s packed with fun and special moments.

The promo begins with Siddhant doing a rap where he calls Amitabh Bachchan ‘sabke baap’, an iconic dialogue from the megastar’s film ‘Shahenshah’. Then enter Rani and Saif on the stage, who make this angry face complaining to Big B that Siddhant and Sharvari had locked them in a room.

We get to see Rani and Saif do ballroom dance on the title track of their film ‘Hum Tum’. When Amitabh plays a game with the two, he asks, “Kisko sabse zyada gussa aata hai? In response, Rani holds up a placard that has her face on it and she says, “Har Bengali ke andar ek Kali to hai chhupi hui.”

Her response leave Amitabh speechless as he says, “No more questions”. Is it that he is reminded of Jaya Bachchan because Jaya is a Bengali too?

On many occasions, Amitabh has called himself ‘Banglar jamaibabu, which means the son-in-law of Bengal.

Grasim launches an exclusive range of Denim Shirts for Men

The Venetian Macao Takes Double Honours at the 2017 World Travel...