Landslide blocks stretch of Chandigarh-Manali highway: Traffic on the Chandigarh-Manali National Highway was affected following a massive landslide on a stretch along the Beas river in Himachal Pradesh, police said. 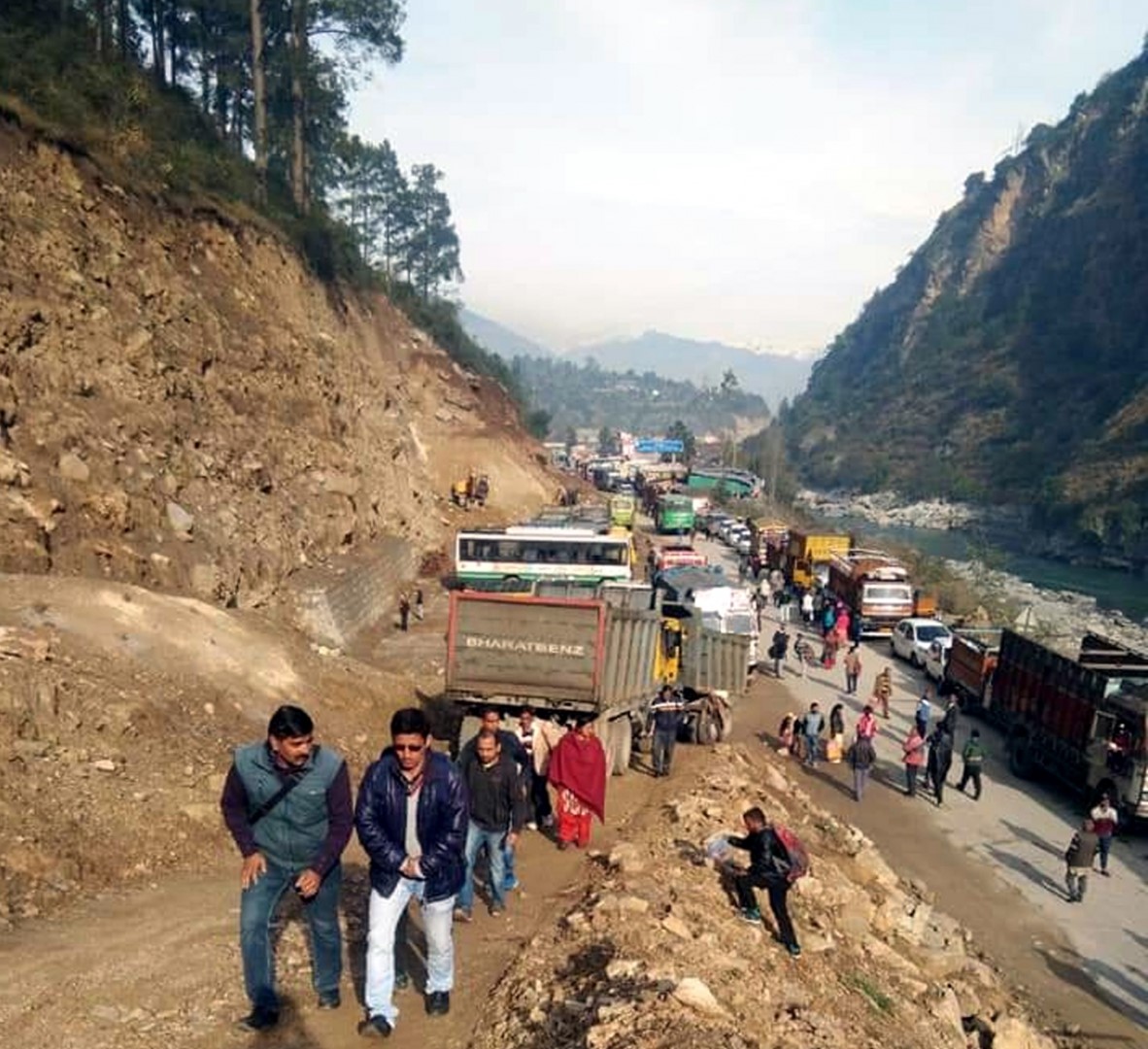 There were no reports of any casualty. An official said they hoped to restore normal traffic flow by late Sunday evening.

Nearly 100 metres of the National Highway was badly damaged in the landslide near Dwada in Mandi district on Friday night.

Hundreds of vehicles, largely trucks laden with apples, remained stranded in the area.

District authorities claimed that traffic was partially restored for small vehicles through diversions on alternate roads.

“We are trying to clear the debris and normal traffic on the highway is likely to be restored by late Sunday,” said a district official.

The National Highway Authority of India and district authorities have deployed equipment to remove the debris.