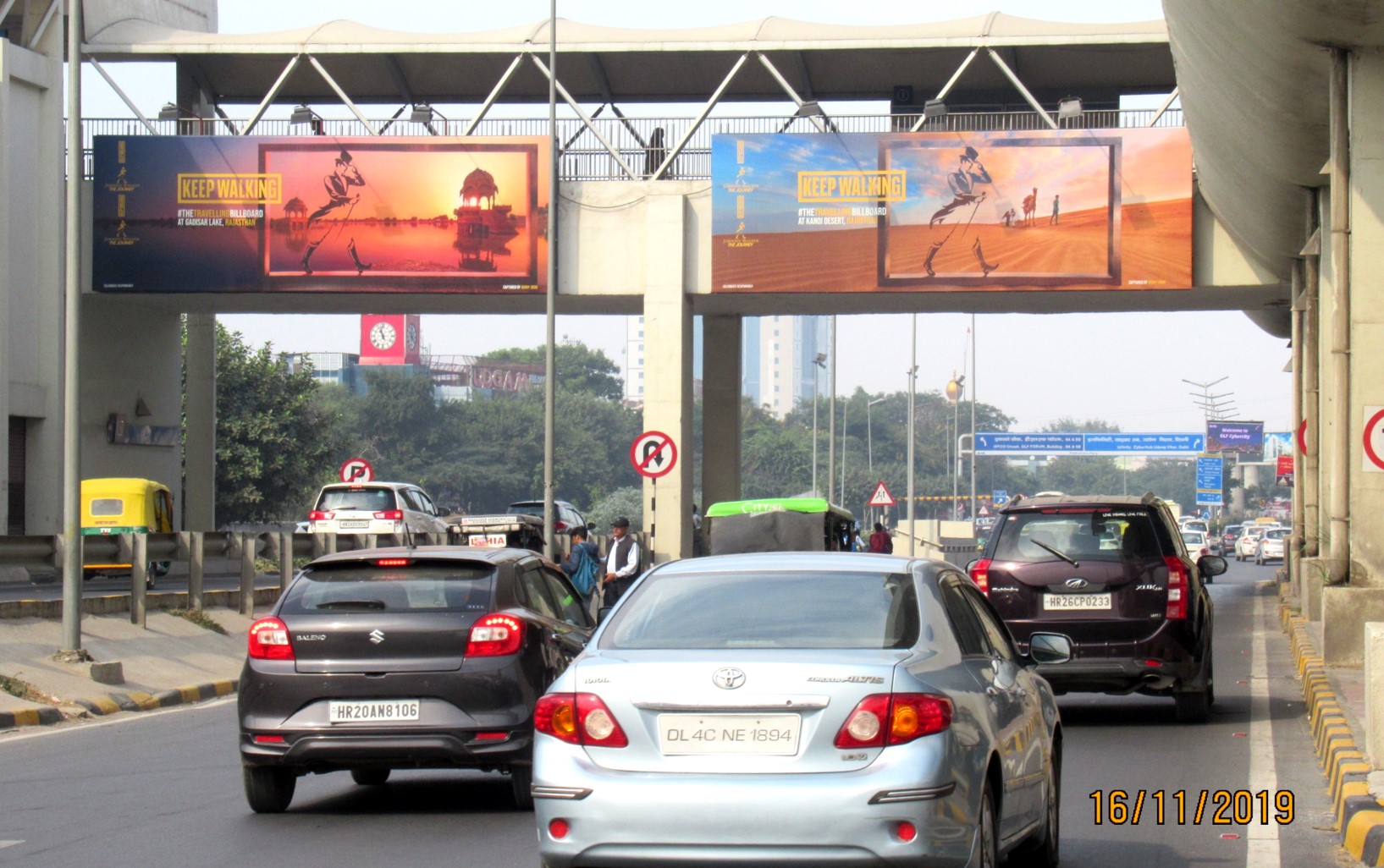 The campaign features the work of India’s influential travel photographers. A campaign that captures the live journey undertaken by a life-size billboard with the brand’s Striding Man logo across some of the most unchartered and exotic locations in India.

Photographers will capture the billboard’s final destination, with one of them becoming the lead creative for OOH ads placed in outdoor sites throughout the country. This Billboard campaign is one of the biggest OOH campaigndone by Johnnie Walkerin India till date.

Johnnie Walker’s #TheTravellingBillboard pays tribute to this exploratory spirit that challenges people to taste more out of life by pushing boundaries.Conceptualized by brand solution partner What’s Your Problem, #TheTravellingBillboard travelled to places which only a few people have visited, and also where no billboard has been before.

The campaign planning started in July 2019 with careful selection of key impact sites across major metros keeping in mind the brand stature and Target Audience it caters. Laqshya Solutions has takenUtmost care in the selection of material, colors, printing, and final installation to create the impact which would leave an everlasting impression in the eyes of the onlooker.

Recently Johnnie Walker Master Blender Dr Jim Beveridge received an OBE from Her Majesty The Queen in recognition of his outstanding service to Scotch Whisky industry throughout his remarkable 40-years career with Diageo. And thisoutstanding service and ethos reflect in the outdoor campaign strategically implemented by the Laqshya Solution.

The stunning campaign was born out of the final photographs that were used as creatives for OOH at some of the most prominent outdoor sites in the country.Gurgaon, Mumbai, Bangalore and Hyderabadwere the cities that were identified as part of the media plan to create impact and showcase the Walking Billboard campaign.(please check this line). The media assets were carefully handpicked making the creative look mesmerizing on the larger Canvas.

Further, the campaign was also be amplified with the help of 150 social media influencers who, through a miniature version of #TheTravellingBillboard of their own, captured their own unique experiences and journeys. The brand also deployed an Instagram filter for the entire country to join the campaign and capture India’s beauty in their own ways.

Speaking on the campaign, AmarjeetHudda,COO, Laqshya Solutions, Laqshya Media Group said, ‘It’s always a great pleasure having the opportunity to execute the Johnnie Walker Campaign. The brand has its own niche and their campaigns have always celebrated stories of personal achievement. ‘Keep Walking’ has long been its rallying cry encouraging people to confidently walk their own path.Our task was just to ensure a ‘No- Miss Visibility for this dynamic brand. Laqshya Solutions used its in-house planners’ expertise to give the campaign high noticeability & create maximum impactful exposure. The media deployments were done in a way as to cover the most important touchpoints that were imperative as per the TG. High impactful media assets ensured that we attain the objective of reaching the right audience in the most appt way.The campaign that is live on OOH will stay visible until December end.

Important Guidance for Medical Students on Clinical Rotations During the Pandemic