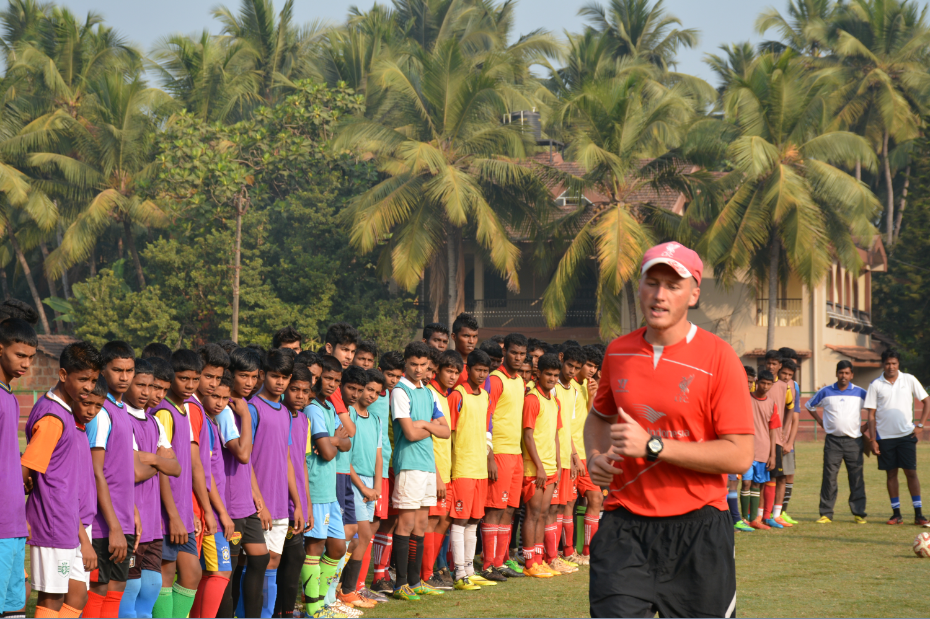 The second leg of the trials to form the 2015-16 squad will be held at the DSK Dream City Football Field, Pune, on 5th and 12th April, 2015. For all those who missed out on trials in Goa can register for the Pune trials at www.lfc-dskacademy.co.in.

In 2014, a three-month-long nationwide scouting tour, held in six cities, saw over 3000 participants who underwent rigorous selection to form the 2014-15 squad of the Academy.

Shirish Kulkarni, President, Liverpool FC International Football Academy – DSK Shivajians said, “The response that we received from the participants in Goa has been extremely humbling. We are delighted that our venture has evoked great interest in a large number of football loving youth and we only want to see it doubling year after year. The numbers in Goa reassure us that players across the country want to be a part of the Liverpool International Football Academy – DSK Shivajians.”

Dave Rogers, Head Coach, Liverpool FC International Football Academy – DSK Shivajians said “It was my first experience with the trials in India and it was heartwarming to see players turn out in such numbers. The players were driven and confident and performed to the top of their abilities, which was impressive to say the least. The selected players will join us for the final rounds in Pune later this year. However, we are not just looking for footballing talent. Attitude, mentality and how they represent themselves as team players, is quite critical since it mirrors Liverpool FC’s core philosophy.”

Michael William Rice,coach from Liverpool FC added“It is overwhelming to be a part of such a huge project that is dedicated to the development offootball in India.The current batch of students at the Academy has shown true passion for the game and a willingness to learn and develop. In Goa we met a large pool of talented players who were so competitive that they made it difficult for us to shortlist the players for the final round of trials. This is only a good sign and we are excited to begin the second year with a bunch of talent who will experience the ‘Liverpool Way.’”

DSK Shivajians FC has joined hands with Liverpool FC to form India’s first international club residential Academy, the Liverpool FC International Football Academy – DSK Shivajians located at DSK Dream City, Pune. This collaborative initiative has been envisioned to create a unique platform ensuring the development and promotion of the sport in India. The ground breaking partnership is primarily focused on providing budding football stars across the country with the best guidance under qualified coaches from Liverpool FC.