Lockdown should be the last resort: Modi: Prime Minister Narendra Modi on Tuesday advised the state governments to use lockdown as the last resort to contain the spread of the Covid-19 cases. He said that instead of lockdown, the focus should be on creating ‘micro containment zones’. 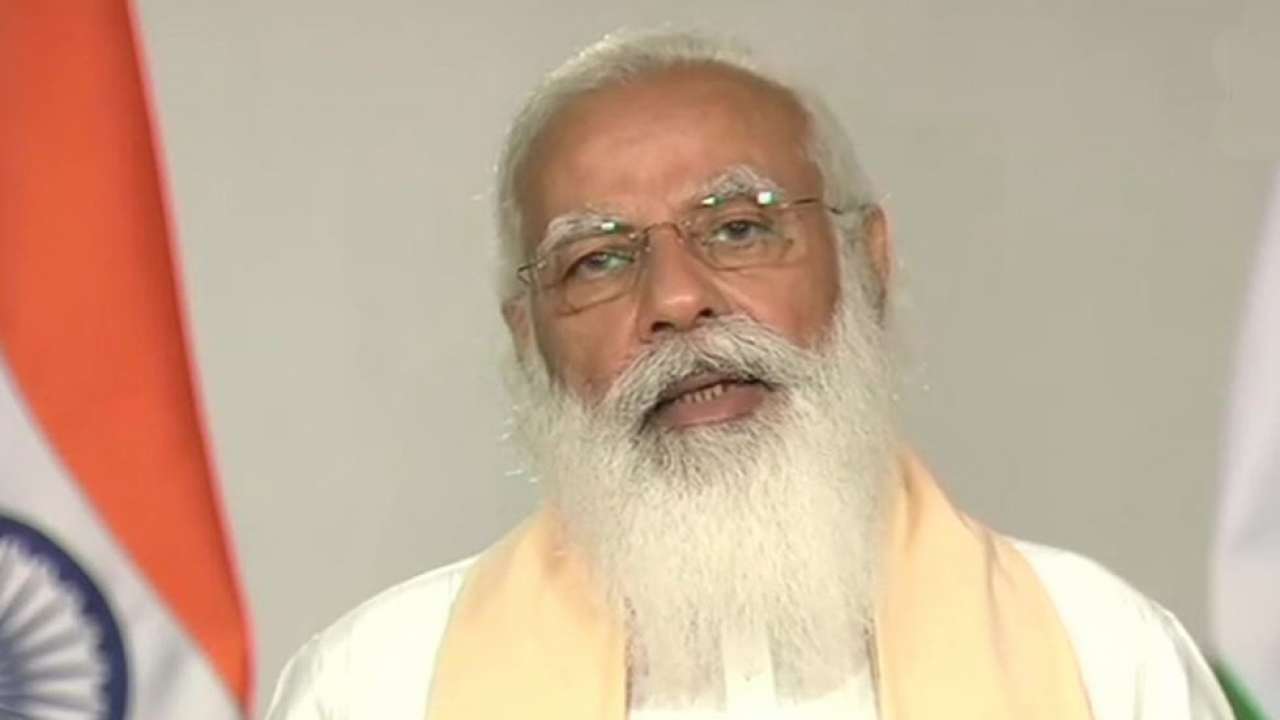 In his address to the nation on Tuesday evening, Modi said: “In today’s circumstances, we have to save the country from lockdown. We have to concentrate on micro containment zones and have to try our best to avoid lockdown.”

The Prime Minister emphasized that along with saving lives, the effort was on to save the economic activities and ensure minimum adverse impact on the livelihood of the people.

“By opening vaccination for those who are 18 years and above, vaccine will be available quickly for the workforce in the cities,” he said.

The Prime Minister suggested the state governments to boost the confidence of the workers and convince them to stay wherever they are.

“This confidence by the states will greatly help the workers and labourers and they will get the vaccine wherever they are and their work will also not suffer,” Modi said.

On shortage of oxygen, Modi said: “The government is working with speed and sensitivity to meet the increasing demand of oxygen in the various parts of the country. The Centre, state governments and private sector are trying to ensure that every needy person gets oxygen.”

“Efforts to increase oxygen production and supply are on at various levels. Measures like installing new oxygen plants, providing one lakh new cylinders, diverting oxygen from the industrial use, are being undertaken.”

Lauding the efforts of scientists, the Prime Minister said: “Our scientists came out with the vaccine in a very short time and today India has the cheapest vaccine in the world. Due to this team effort, India has embarked upon the world’s largest vaccination drive with two ‘Made in India’ vaccines.”

He further stated that from the very first phase of the vaccination drive, it has been emphasized that the vaccine reaches the maximum number of areas, and to the people who need it.

He pointed out that India gave the first 10 crore, 11 crore and the 12 crore vaccine doses in the shortest time in the world.

Speaking about the government’s Monday’s decision, he said that after May 1 every person above 18 years of age can be vaccinated and half of the vaccine produced in India will go directly to the states and hospitals.

The Prime Minister emphasised that the country has much better knowledge and resources to meet the challenge than the initial days of the first wave.

Modi also credited the people of India for a good and patient fight. “With the strength of people’s participation, we will be able to defeat this wave of Corona too,” he said.

He saluted the contribution of social organisations who are helping the people in the time of need and called upon everyone to move forward to help the people who require help.

The Prime Minister also called upon the youth to help in maintaining Covid appropriate behaviour in their areas and neighbourhood. “This will help in avoiding containment zones, curfews or lockdowns.”

He also expressed condolences for the lives lost to the pandemic.