Calls for speedy conclusion of probe to end rumour mongering 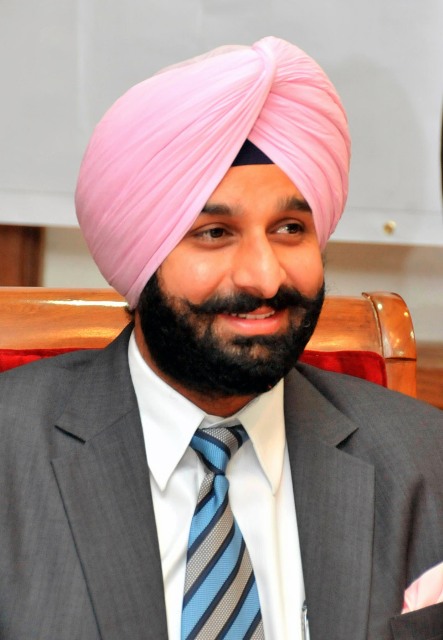 NewZNew (Chandigarh) : Punjab Revenue minister Bikram Singh Majithia today said he was deeply affronted at the manner in which wild and unsubstantiated allegations were being leveled against him ALLEGING THAT  he had collected money from Canadian NRIs .

In a statement here, the minister said since the last few days a number of allegations aimed at creating hysteria on the eve of the Vidhan Sabha session and court hearing had appeared in the media. “All these allegations, which are an afterthought, are aimed solely at maligning my image. I pity these attempts to create a cloud on my image and put me to a media trial on frivolous and contrived allegations without accountability of any person to answer such cancard against me.

The minister said he was also pained that the newspapers did not conduct a thorough check on the allegations. “I last visited Canada eleven years back. Where is the question of collection money during frequent trips to Canada arise. Which trips are being referred to. I would like to know.

Welcoming the investigation being undertaken by the ED, the minister said the entire case started with investigation into a Rs 6,000 crore drug racket of which I was alleged to be the king pin. “After one and a half years of thorough investigation and repeated questioning of the accused, it has now boiled down to me supposedly receiving Rs 35 lakh as an election fund from one of the accused”. He said even this revelation of this accused has come forth now in his fourth statement. No investigating agency or court takes cognizance of such after thought self serving statement.

The minister said while he was open to a transparent and fair investigation, he deplored the manner in which insinuations of his alleged guilt are being made to the media by interested parties. “I am pained by the fact that vested interests in an august investigating agency are briefing newsmen about my alleged complicity in drug deals when no evidence of any such complicity in my part has come to light following questioning of various accused persons. It is a fact that the august investigating agency has denied information sought under RTI about the ongoing money laundering probe of various singers. However in my case information is being systematically leaked to coincide with repetitive sessions of the Punjab Vidhan Sabha to create hysteria”

Mr Majithia also pointed out that he had never shied away from the current investigation being conducted by the Enforcement Directorate. “When last summoned by the ED I presented myself for questioning despite the short notice. However I would like to point out that there has been an inordinate delay in investigation.  in this case investigations have already carried on for one and a half years. Will investigations be carried out for eternity? In the two complaints filed after thorough investigations there is not a whisper against me but still a canard is spread by media without even referring to such charge sheets pronouncing my innocence but instead my image is being maligned on unbridled and erroneous inferences.

Get Set Travel with HyperCITY’s Range of Travel Gear

Polaris India brings another hotspot of adventure to Haryana