Makes no sense to me: Gambhir slams Dhoni’s decision to bat at No. 7: Former Indian opener Gautam Gambhir believes MS Dhoni should have batted at the top of the order during Chennai Super Kings’ 16-run loss to Rajasthan Royals in their Indian Premier League (IPL) 2020 clash. 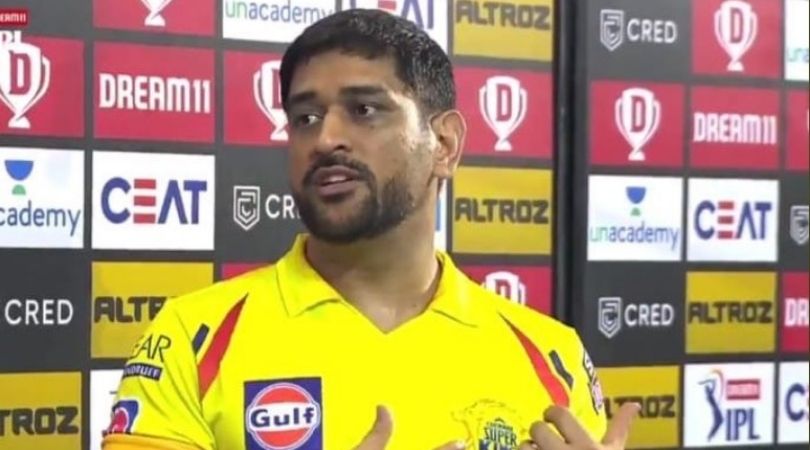 Chasing 217 for the highest total chased in IPL history, Dhoni on Tuesday came to the middle in the 14th over when CSK needed 103 off 38 balls. Faf du Plessis at the other end was struggling at that point. Sam Curran, Ruturaj Gaikwad and Kedar Jadhav were sent ahead of Dhoni, who himself came in at number seven.

“I was a bit surprised, to be honest. MS Dhoni batting at number seven? And sending Gaikwad before him, Sam Curran before him. (It) makes no sense to me. In fact, you should be leading from the front. And this is not what you call leading from the front. Batting at number seven when you’re chasing what 217? The game was over. Faf was probably the lone warrior,” ESPNcricinfo quoted Gambhir as saying. Also Read: JIO makes watching IPL even more enjoyable

Dhoni and du Plessis did try to break the shackles towards the end, but it came a little too late as Rajasthan beat Chennai for the first time since 2010 after batting first. Dhoni did hit three sixes in the final over, ending his innings on unbeaten 29 from 17 balls.

“Yes, you can talk about MS Dhoni’s last over when he hit three sixes, but it was of no use to be honest. It was just all personal runs. See, if someone else would have done this, some other captain had batted number seven, he would have got a lot of flak,” said Gambhir. Also Read: Big question mark on IPL as 12 CSK members test positive

Dhoni, however, defended his decision to bat down the order, saying he had not batted in a very long time.

“I haven’t batted for a long time; 14-day quarantine doesn’t help,” the 39-year-old said after the game. “Also wanted to try different things, give opportunities to Sam. Have the opportunity to try different things. If it doesn’t work, you can always go back to your strengths. Faf adapted very well. Something the batsmen will do, neglect square leg and go more towards long-on and long-off.”