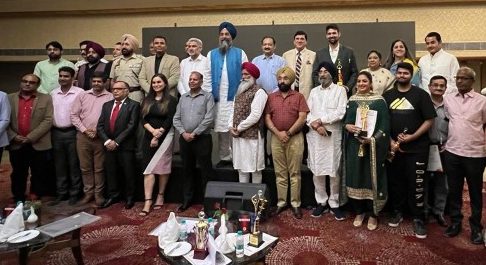 MFI President of the North India Chapter Dr. Rupesh Singh said that the Entrepreneur and Achievers Award 2022 recognised the achievement of some of the noted social entrepreneurs who have contributed to the society through their humanitarian work.

Sardar Kultar Singh Sandhwan, Speaker, Punjab Vidhan Sabha, was the Chief Guest on the occasion who congratulated MFI and PRCI for this initiative and rightfully recognizing the achievements of the people who are strengthening the social fabric, and encourage more and more people to give their best to uplift other human beings.

Shri Lal Chand Ktaruchak, Minister of Food, Civil Supplies, Consumer Affairs, Forest and Wild Life Preservation, Punjab was the Guest of Honour who congratulated the awardees and underlined the importance of honesty and integrity for success in life.

1 Lakh NCC cadets from PHHP&C directorate to participate in International...