Sh. Rajesh Maheshwari, Founder Director of ALLEN expressed his gratitude for the trust that the parents of the zone have placed in the institution since it’s establishment. He said that the motive of opening various branches was to familiarize students with the values inculcated in the pupils studying in Kota and today, on seeing the achievers he feels that the target has finally been achieved. 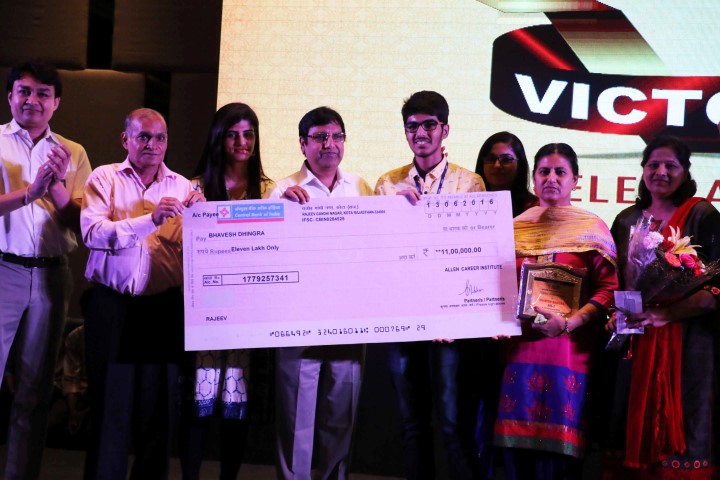 The Centre Head of the Chandigarh division applauded his academic, administrative team as well as the students for turning the collective dream of seeing Allen at the top flourishing into reality. He was convinced about the fact that none could stop this diligent group’s efforts to achieve the aim of being the no. 1 institution of the region.

The main highlights of the magnificent event held at the luxurious Marriott was the reckoning of the function with Deep Prajwallan (lighting of the lamp) which was in complete sync with the values taught at the Allen, followed by the Director’s motivational speech which led to putting light on the highly inspirational thinking of the head who helped us in embarking on such a fruitful journey.

After presenting various performances another round of prize distribution began. Moving towards an end of the event a western dance was performed by students (Dhruv, sharance, sidhak and prabhjot). A skit by the industrious “The Pre-nurture and Career Foundation” team enthralled the audience, making it a fine ending to the splendid occasion.

The programme was followed by an interactive session at GMCH 32, Chsandigarh where the toppers and ALLEN students shared the stories to success.