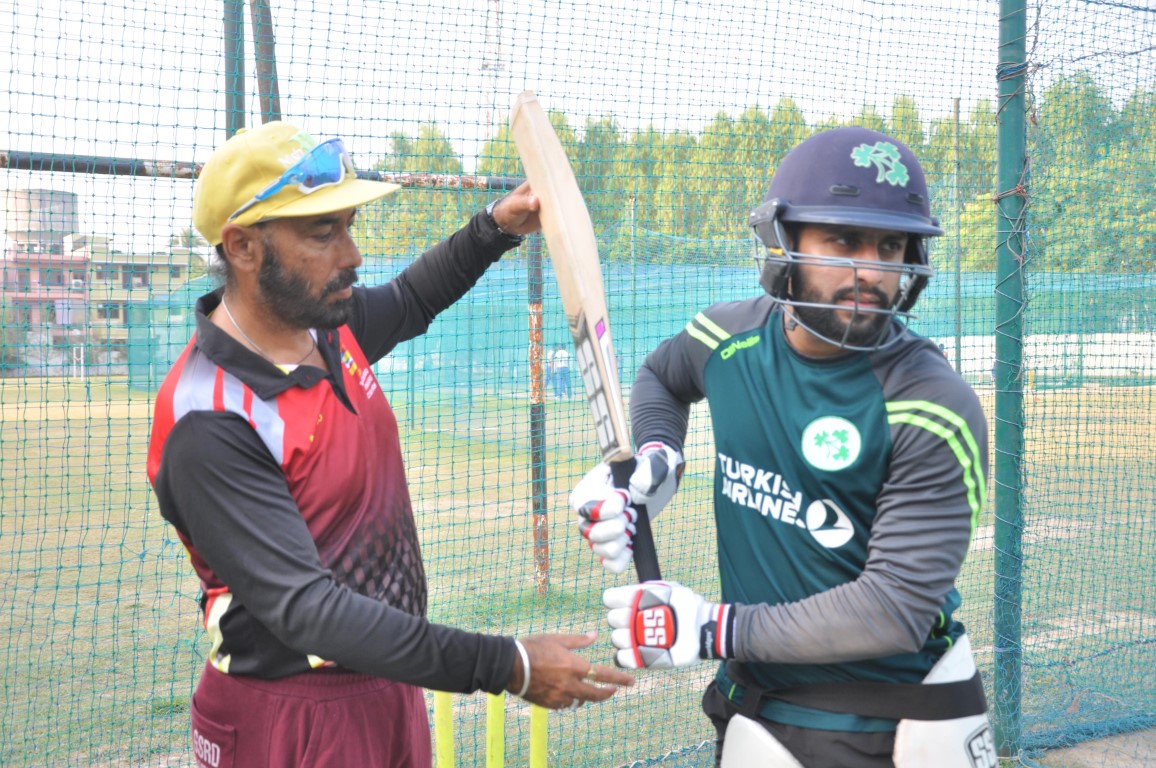 “I credit whatever success I have achieved, particularly my entry in Ireland’s ODI and T20I squads to my coach and mentor Tinku Sir. The focus of Sir was on improving the technical aspects of my batting & bowling, which stood me in good stead as these areas are not given too much attention abroad.”

It is   noteworthy that in May 2017, Simranjit was named in Ireland’s (ODI) squad for their tri-series tournament featuring Bangladesh and New Zealand. He made his ODI debut for Ireland against New Zealand on May 14, 2017. What’s more, he was named in Ireland’s (T20I) squad for the 2018 Netherlands tri-nation series & he made his T20I debut for Ireland against the Netherlands on June 12, 2018.

“It is a great feeling when one of your pupils who you have trained achieves such International recognition. It is a moment of pride for me and the entire region as a young lad from tricity, has made it to Ireland’s cricket team. ” Said Sukhwinder Singh Tinku.

It is pertinent to mention that apart from Simranjit many youngsters who were trained by Sukhwinder Singh Tinku at Mohali Cricket Association or in his own academy in Sec 71 have made it big.  Manpreet Goni , Gurkeerat Singh Maan , Barinder Sran played India, Navneet Singh represented Canada  and Sunny Sohal  played for USA. Jaskaran Singh played India A , IPL and Ranji trophy .  Harmeet Singh played Ranji Trophy & IPL .  Ranji trophy has been played by cricketers like Maninder Singh , Ramandeep Singh & Baltej Singh among others.

Tinku himself played Ranji trophy and Junior world cup and got a scholarship from MRF pace foundation Chennai & was also short listed for Australia for further training from coach Dennis Lilly -one of the world’s  greatest fast bowlers. Unfortunately a major knee injury cut short his cricketing career.

Simranjit Singh said, “I am training in Mohali now and will move to Bengaluru for a camp for batsmen where some players from Irish team will also come. My target now is to make a place in the Irish test squad which will be announced for a tournament against Afghanistan planned at Dehradun in February next year.”

Simranjit was all praise for the facilities available at the cricket academy being run by coach Tinku in Paragon senior secondary school, which he equated to those found abroad.

“Coach Tinku is working on my leg spinning skills, as now I want to add variation to my spin bowling which was earlier limited only to off spin.” Sums up Simranjit Singh.

Paneer All the way at Nita Mehta’s Kelong