NewZNew (Mumbai) : Bollywood isn’t done with the wedding season just yet. There was still time for one more in a year that’s seen a series of high-profile nuptials.

Actress Aishwarya Rai Bachchan, glittering with diamonds, attended the festivities in a pale Abu-Sandeep ensemble. Priyanka Chopra looked very much the desi girl in a shimmering gold sari with an abbreviated choli and flowers in her hair. PK actress Anushka Sharma pepped up her mint Sabyasachi anarkali with a ink velvet dupatta. 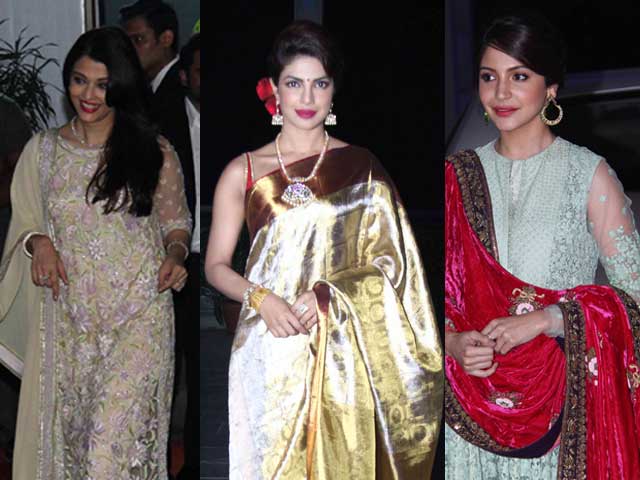 Malaika Arora Khan livened up proceedings in a candy pink and silver sari. Also in pink and silver was Kick star Jacqueline Fernandez in a lehenga-choli. Esha Gupta wore a lehenga too but in pristine white. 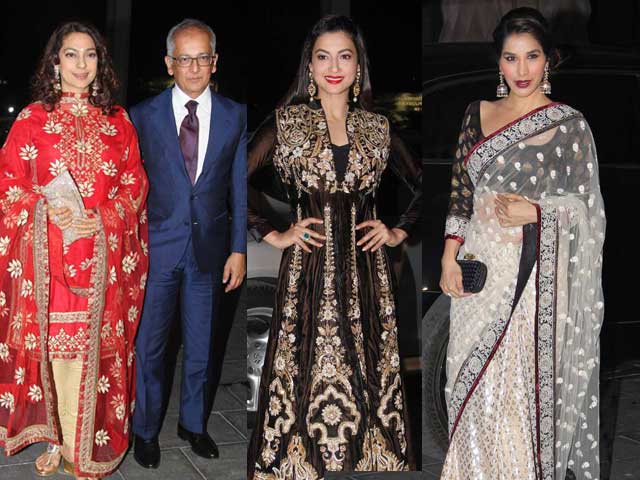 The gentlemen also made a good showing. The Kapoors, Ranbir and Rishi, looked suitably dapper while Abhishek Bachchan wore a black bandhgala. 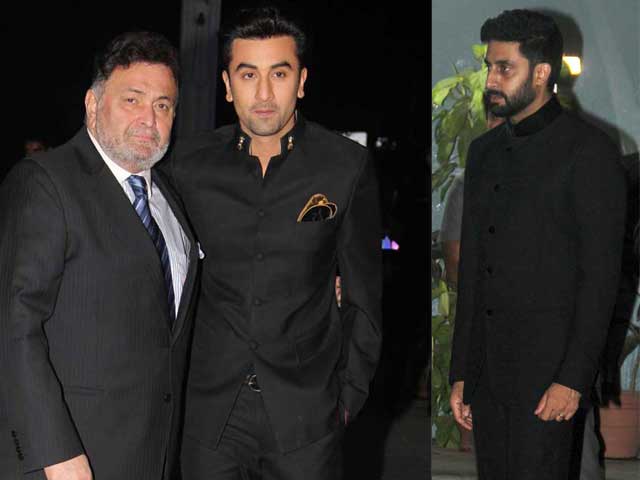 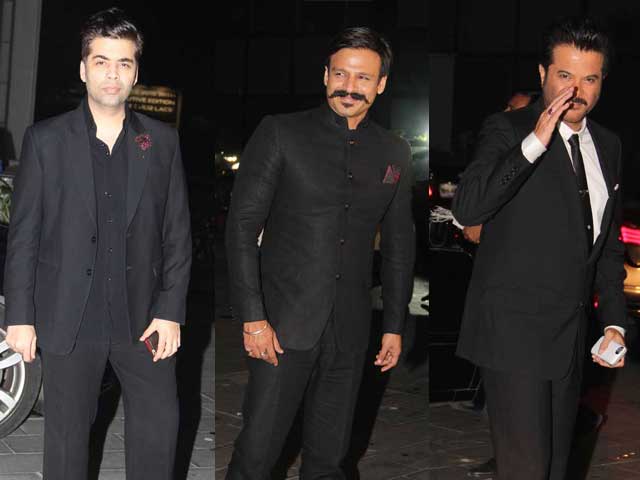 The Morani brothers, Ali and Karim, have producing credits on films like Chennai Express and Raja Hindustani.