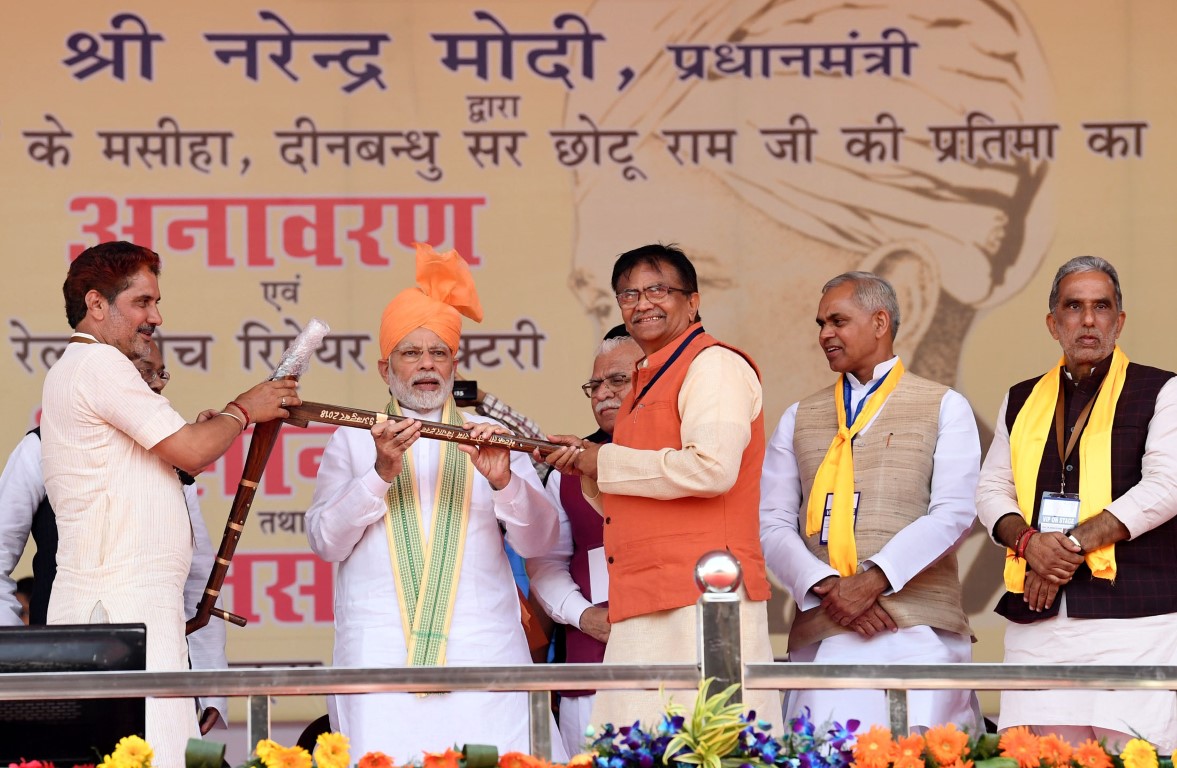 At a public meeting, the Prime Minister unveiled a plaque to mark the laying of Foundation Stone of the Rail Coach Refurbishing Karkhana, Sonepat. Once complete, this will be a major repair and maintenance facility for rail coaches in the northern region. It is being set up using modular and prefabricated construction techniques, modern machinery, and environment-friendly features.

Speaking on the occasion, the Prime Minister said that Chaudhary Chhotu Ram ji was one of those social reformers, who made an important contribution for India. He described Sir Chhotu Ram as a strong voice for the oppressed and the deprived.

The Prime Minister said that the Rail Coach Refurbishing Karkhana will contribute to the development of not just Sonepat, but the entire State of Haryana. He said it will benefit small entrepreneurs in the region, besides generating employment for youth. 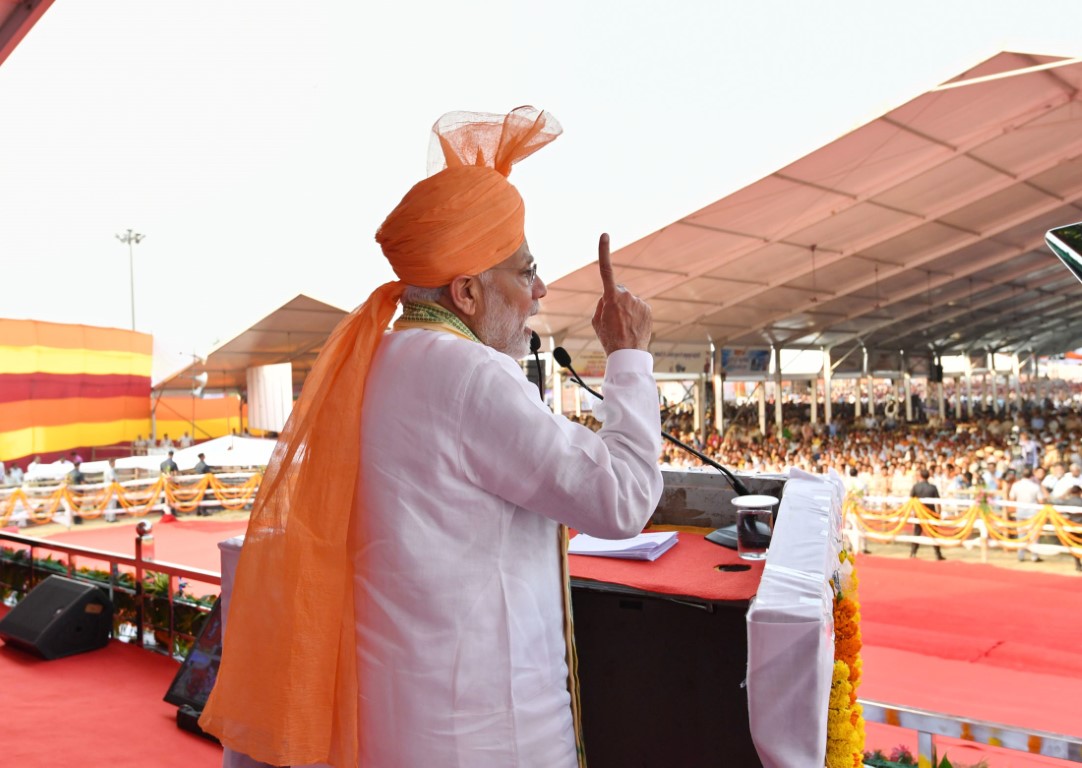 Speaking about the progress of the Ayushman Bharat scheme, the Prime Minister said that the first beneficiary of the health assurance scheme was from this State. He expressed satisfaction that in two weeks, more than 50,000 people have benefited from this scheme.

The Prime Minister mentioned success achieved under the “Beti Bachao, Beti Padhao” scheme. He observed that girls born in villages of Haryana are making the country proud in the global arena, and the youth of Haryana is helping make India a global sports power. He added that these are indications that we are progressing rapidly towards realizing the dreams of Sir Chhotu Ram.

Dr Madhu Chitkara gets Recognised as the Visionary Edupreneur of India by Sri Pranab...