Neeru Bajwa’s next titled; Beautiful Billo to Premiere on ZEE5: ZEE5, India’s largest home-grown video streaming platform and multilingual storyteller for a billion audiences are all set to announce its next direct-to-digital Punjabi movie – Beautiful Billo. 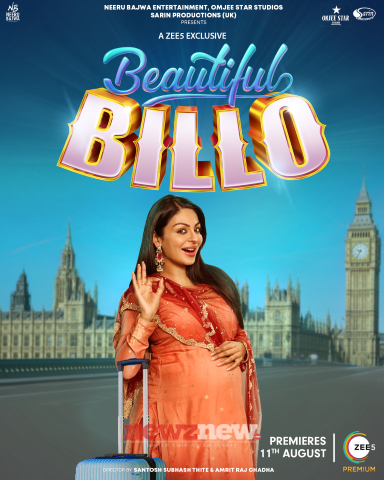 This comedy-drama movie will premiere on ZEE5 – on August 11.

Directed by Santosh Subhash Thite and Amrit Raj Chadha, Beautiful Billo is a Comedy drama movie set against the backdrop of the United Kingdom. With warmth at its center, the story deals with an emotional bond between a couple played by Rubina Bajwa, and Roshan Prince, and their tryst with a pregnant woman played by Neeru Bajwa.

The story unfolds when Neeru becomes the third wheel in the house and the families get involved. With lots of drama, laughter, and fun – Beautiful Billo will chronicle the life journey of three individuals in a unique way.

Beautiful Billo brings out a narrative that has the right mix of humor, wit, and drama that our audience will love.”

An elated Neeru Bajwa says “Beautiful Billo narrates a heart-warming tale of human emotions with a twist of comedy that will surely strike a chord with the audience. It is a story that will embark the audience on a journey never seen before. I am extremely elated to stream our movie with ZEE5 ensuring wider in 190+ countries.”

ZEE5 is India’s youngest OTT platform and a Multilingual storyteller for millions of entertainment seekers. ZEE5 stems from the stable of ZEE Entertainment Enterprises Limited (ZEEL), a Global Content Powerhouse.

An undisputed video streaming platform of choice for consumers; it offers an expansive and diverse library of content comprising over 3,500 films; 1,750 TV shows, 700 originals, and 5 lakhs+ hours of on-demand content.