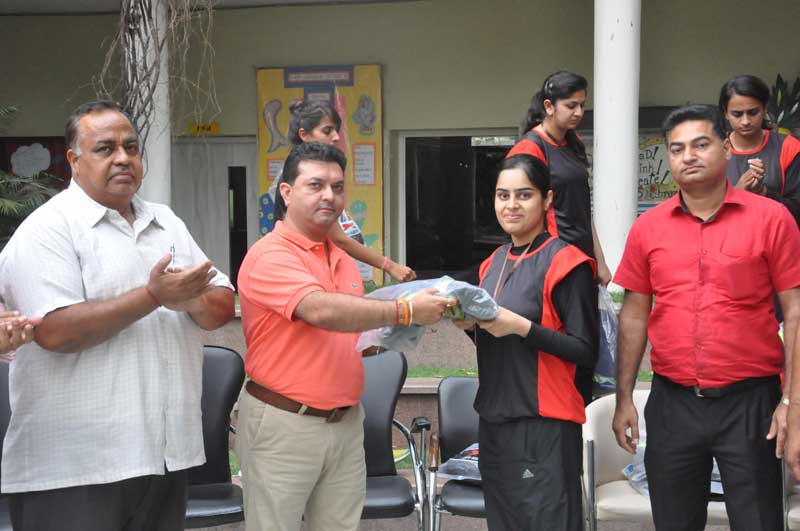 “It is a matter of pride for Chandigarh that it’s Girls’ Netball team, won Bronze medal at the Nationals. We have recognized this achievement & presented track suits to the members of the victorious team.” Said Ranjan Sethi, President, Netball Sports Promotion Association, Chandigarh.

“Gul Walia, Kulwinder Kaur, Aneesha Negi, Harneet Kaur Brar have been selected have been selected for National camp which is to take place at Delhi. The camp is being held for selection of team for the upcoming SAF Games in Thailand to be held shortly.” Said P S Lamba, General Secretary, Netball Sports Promotion Association, Chandigarh.

OPPO’s 2 Anni in India; Announces Hrithik and Sonam As South...

Surprise Check in Welfare Directorate finds 5 Officers and 28 other...