Former chairperson of Planning committee Mohali and President of Helping Hapless, Amanjot Kaur Ramoowalia, was contacted by Amandeep from Haryana who told us his two friends Butta Singh and Amandeep Singh ( His Name sake )  along with other 33 people were stuck in Saudi Arabia. He informed us that 35 Indian youths belonging from the states of Punjab, Haryana, Uttarakhand, Rajasthan and other parts of India went to work in Saudi Arabia and had been stuck in the country from the last 4 months. 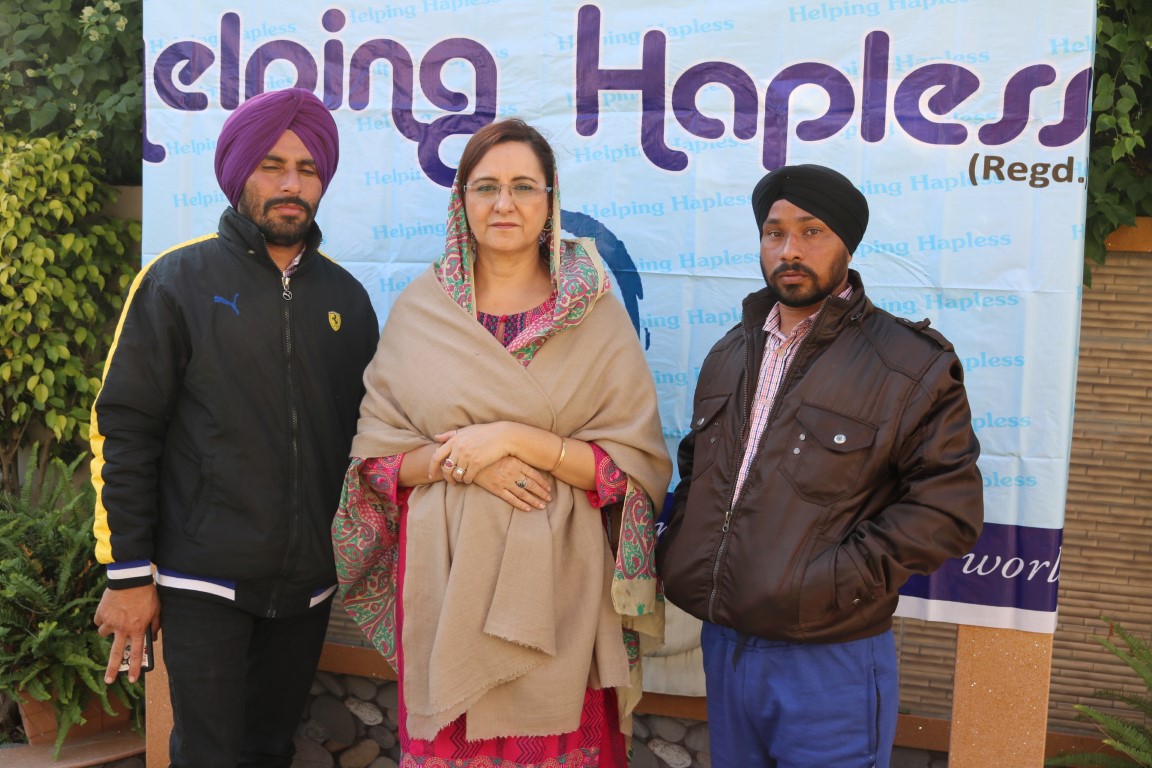 They were made to work despite not being paid the wages, and if they refused to do so, they were threatened with dire consequences. They all lived in tiny unhygienic rooms and survived on a bare minimum food. A Plea to release them from all this torment was made to the company owner, but he refused to do so. Instead he threatened to kill them if any more pressure was applied for their release. Some of the youths fell sick due to almost no availability of food and the company owner refused to provide them medical assistance of any kind. So due to all these horrible conditions, all those boys had given up any hope of returning back to India.

After knowing all the gruesome events that transpired, Amanjot Ramoowalia contacted the Indian Ambassador to Saudi Arabia, Mr Ahmed Javed and she wrote a letter to embassy officials regarding the fate of those youths and was in constant touch with them through the phone. Taking cognizance of the letter, some senior Indian embassy officials went to ascertain the conditions of those youth.

As they found them living in horrible conditions, the embassy officials after intervention of Helping Hapless gave them emergency passports to come back to India and join their families. Today Amandeep Singh, Butta Singh, Sekh, Kashif, Laheer Alah, Sanu, Akram, Tarafdar and Mintu came to the office of HelpingHapless to give a special thanks to Amanjot Ramoowalia and her team in person.

Amanjot Ramoowalia through the help of Indian embassy was successful in bringing back those hapless youths from Saudi Arabia in just 15 days. All those boys were cheated by  fraudulent  travel agents. Several thousand youths from India are struggling in life-death scenarios in Arab countries. Amanjot Ramoowalia requests all the parents in Punjab not to send their children to Arab countries without verification and credentials of the agency involved and hence safeguard their lives.

Amanjot further said that Modus-Operandi of travel agents is to take money from Boys/ Girls here in India and then selling them to sheikhs for Hefty sum of money and by the time victim realizes what has happened to him it is too late. These fraudulent travel agents have their bases in big cities like Mumbai, Banglore, Chennai and Delhi and have Sub agents in cities and towns of Punjab.