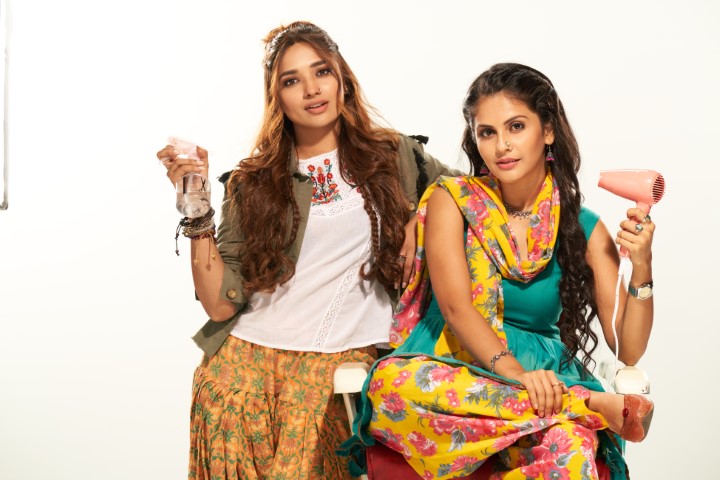 The story has inspired the audience and has helped them start a conversation around dreams having no gender. With the upcoming storyline, the show is about to take an intriguing turn, where Jagat Seth (Deepak Tokas) is getting arrested for his evil actions.

With the Kaatelal & Sons salon getting burnt to ashes, Garima and Susheela have decided not to let this pass and expose Jagat Seth in court. But Jagat blackmails Garima and Susheela about revealing their little secret of being Gunnu and Sattu to the world. Instead, to his surprise, this time, the girls aren’t afraid of their secret being revealed and are ready to face the consequences head-on.

“The storyline is taking an exciting turn and I have thoroughly enjoyed shooting for the sequence. Garima and Susheela’s characters have left no stone unturned, and the journey has been very exciting and inspiring. I enjoy playing Garima’s character since it makes me feel good and I feel satisfied to have played a character who is not just strong-headed but also fights against all the preconceived notions of society. The journey has been emotional and upcoming revelation about Gunnu-Sattu is going to hurt my father’s feelings on the show, but I think the story demanded it. The viewers will enjoy the forthcoming episodes as the story unfolds.”

“This sequence on the show is going to remain close to my heart since it is very heart-warming to watch women stand up for their rights and give a good fight. Garima and Susheela’s character has been inspiring many women and their decision to leave the Gunnu-Sattu disguise will motivate a lot more women. Though, the characters have always stood head strong on bringing a change in the society but this time the revelation is going to hurt their father, so it is quite a mixed feeling. The viewers will witness and enjoy the upcoming sequences on the show and the emotions will resonate with a larger audience.”

Watch Kaatelal & Sons only on Sony SAB Monday to Friday at 7:30 PM.

Top 10 Places To Visit In Chandigarh