NewZNew (Chandigarh) : The North Zone auditions for 7thedition of Indian Princess Pageant-2016 was held at JW Marriot hotel here today . Around 40 aspirant models from region took part in auditions that was judged by Ms. Chandni Sharma the winner of Indian Princess-2014.

Indian Princess Pageant is conceptualised by Mr. Sunil Rane and is backed by the Atharva Group. This unique beauty pageant provides young girls to showcase their talent in fashion world besides giving training, mentoring and grooming from stalwarts in the industry. It’s a bigger platform for models in India to launch their career in the field of fashion.

It has not only created waves in the fashion and beauty industry in the country but also made a global impact.

Says Sunil Rane , we are extremely glad to inform that Indian Princess is now a unified Global Beauty Pageant wherein the national and international contestants will be globally competing amongst each other on this grandeur mega platform. The contest is a unique combination of beauty and knowledge for women empowerment. 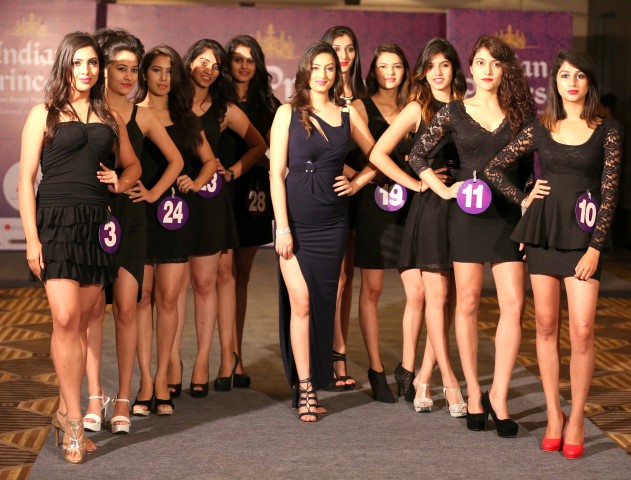 The Indian Princess, debut in 2010, was a resounding success. Subsequently, the brand went global, giving worldwide opportunities and in its sixth year, it has taken a quantum jump in the world of fashion.  This global brand now has taken a lead in promoting fashion, culture, designs,  glamour and tourism worldwide

The contestants after auditions will be trained in the areas of diction, fitness, grooming, etiquette, ramp walk, make up, styling, photo shoots and international mannerism by eminent experts from all over the world. The experts will also groom contestants to achieve perfection at the 5-star Blue Ocean Resort and Spa the Hospitality Division of Atharva Group.

The world grand finale of Indian Princess-16 will be held in Dubai . The winners of the various categories in the finale will represent India in the global level competitions where Indian Princess are associated and affiliated.