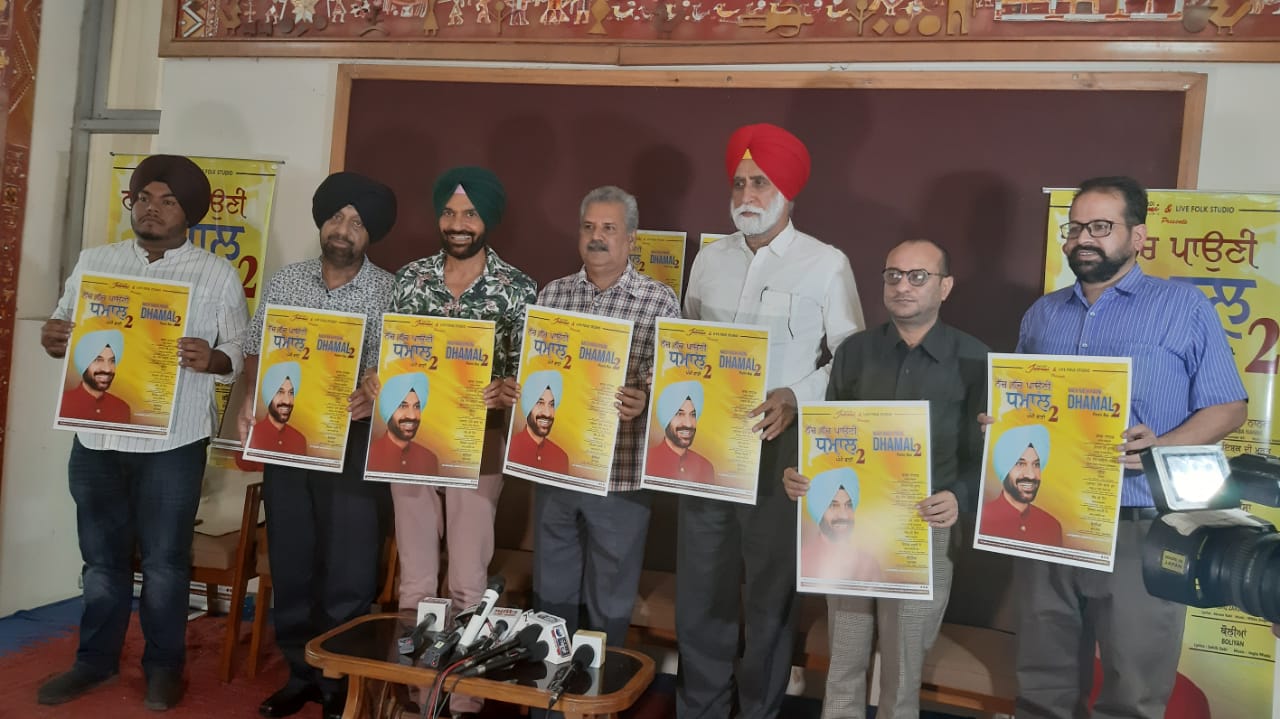 Pammi Bai has completed 25 years of his singing career this year and this is his 15th album and contains 9 songs.

Pammi Bai said that in this age of single tracks, he has come up with a complete album comprising of nine songs, and it has been produced jointly by Nachdi Jawani Films & Music and Live Folk Studio.

He informed that “Ishq Di Moorat” is a “Kali” and has been released today in audio and video format. He said that second song “Baba Nanak” would be released on the occasion of 550th Parkash Purab of Shri Guru Nanak Dev Ji next month and Pakistani singer Shaukat Ali’s son has also performed in this song.

While speaking on the occasion, chief Guest Hardeep Singh Dhillon, former DGP and Chairman Punjab Police Housing Corporation, said that he has 30 year old association with Pammi Bai and they had set up cultural wing in the Punjab Police several years ago. He said that Pammi Bai has always promoted Punjabi rich culture and heritage through his songs and dance performances.

Navdeep Singh Gill spoke in detail about the life of Pammi Bai, who hails from village Jakhepal in district Sangrur, and learnt bhangra from renowned “Dhol” master Ustad Bhana Ram. Lyricist Satnam Punjabi thanked the audience for attending this programme. Film actor and Bhangra dancer Jashanjit Gosha was also present on the occasion.

Kerala Polytechnic Allotment (First) to be declared at polyadmission.org