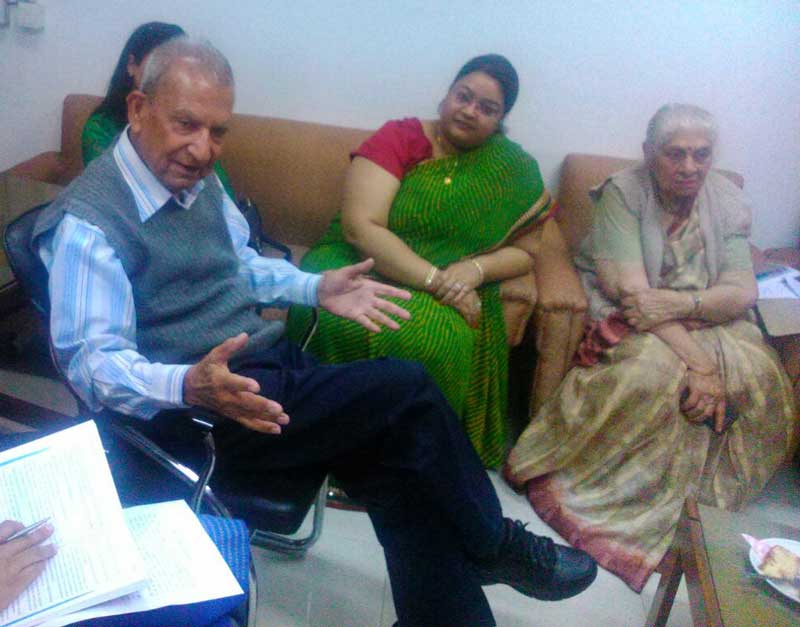 NewZNew (Chandigarh) : The book “Panchnad” by C. L. Dhamija, based on the Japji Saheb, is about the spiritual evolution of individuals and communities with illustrative reference to Guru Nanak, his basic scriptural composition and his followers known as the ‘Sikhs’ all over the world. What is true of the evolution of this remarkable community, its individual members, their common roots, is true of all individuals, all communities, in spite of surface, contextual variations because spiritually all mankind is one, guided by the same one God under His universal laws. The book invites the readers of all categories interested in the Sikh community, in Panjab, in the spiritual evolution of man and communities to look at Japji Sahib from a new – deeper and wider – angle.

In his own words, Dhamija says in the foreword of the book, “I interpret Guru Nanak and Japji’s evolution from the angle of Neuroscience, Psychology and Physics. This is a new approach as a part of spirituality revolution. I am sure the youth would love it, because in the name of religion and God, more people have been killed, are still being killed than in the name of land conquest. The future belongs to science and spirituality.”

C. L. Dhamija, after retirement in 1993 as a lecturer in English from D.A.V. College, Chandigarh became a full time writer and speaker on Spirituality. Following his Gurbani inheritance, he turned to writing on Guru Nanak and Japji Sahib. Health permitting, he has decided to follow this book with writings on Gurbani, particularly for children from all backgrounds so that they remember: ‘We are the children of the same God’.