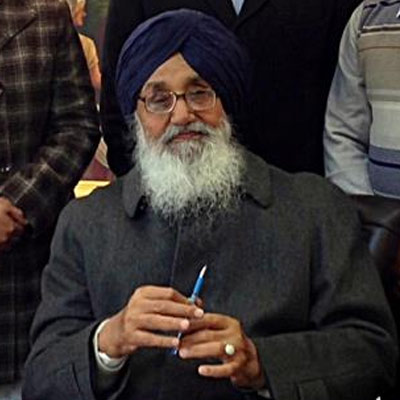 Launching the campaign here at local rest house, the Chief Minister vowed that every inch of land in South Western Punjab would be made free from curse of water logging, which has given a severe blow to the economy of the state. He said that massive efforts would be made to save the people of south western parts of the state from the scourge of Water logging. Mr. Badal said that Rs 240 crore would be spent on anti-water logging activities for wiping out this menace from this portion of the state.

The Chief Minister said that in the initial stage work for de-watering and de-silting 452 ponds in 263 water logged villages would be undertaken. He said that during the rainy seasons these ponds were used for carrying the excess water in these districts to save the people from the water logging. However, Mr. Badal said that these ponds during the rest of the year remained were used merely for disposal of waste water, thus a massive drive has been initiated to clean and de-silt these ponds, so that their capacity could be enhanced.

The Chief Minister categorically said that this move would help in lowering down the level of water in ponds adding that this massive drive must be completed by April so as to give reprieve to people during the rainy season. He also asked the Secretary Irrigation Mr. Kahan Singh Pannu to supervise the entire exercise by constituting teams at block level. Mr. Badal also said that the concerned Deputy Commissioners would be entrusted with the task of carrying out the work in their respective districts.