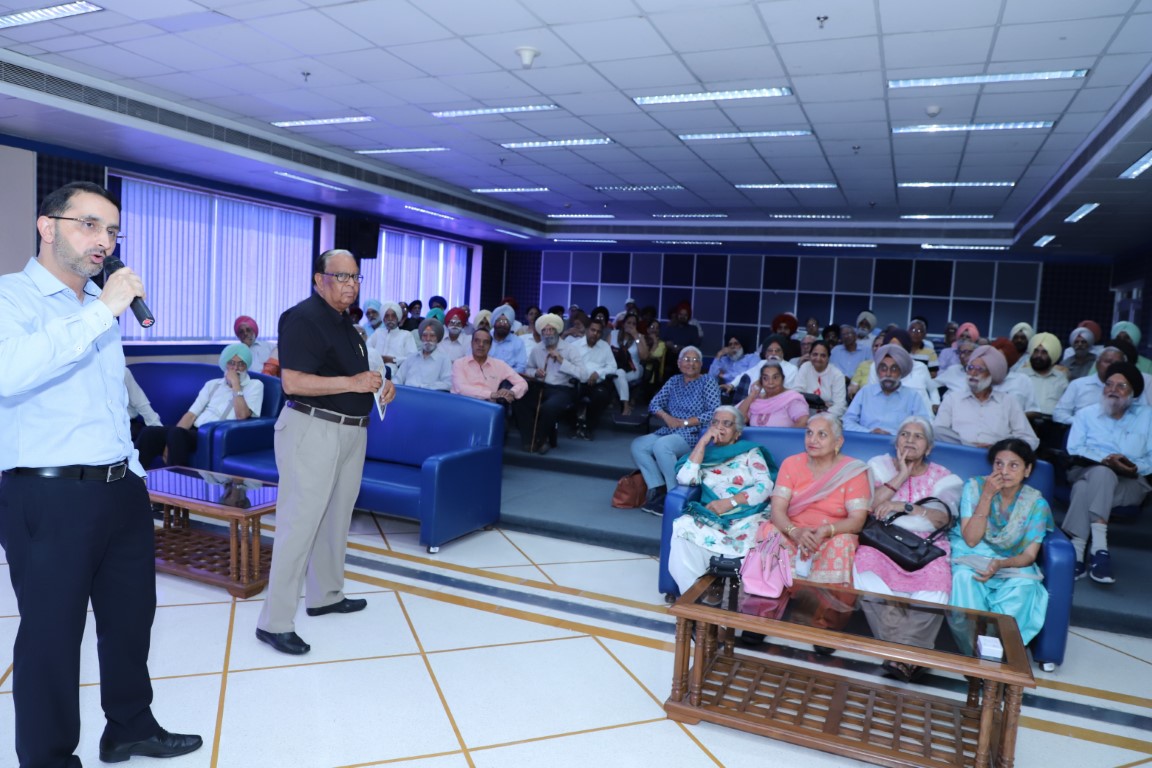 While addressing the senior citizens, Dr. Mann said, Parkinson’s Disease is the second most common neurodegenerative disorder and most common movement disorder. He explained characteristics of the disease are progressive loss of muscle control, which leads to trembling of limbs and head while at rest, stiffness, slowness and impaired balance. As symptoms worsen, it may become difficult to walk, talk, and complete simple tasks.

The progression of PD and degree of impairment vary from person to person. Many people with PD live long productive lives, whereas others become disabled much more quickly.

He explained, the primary symptoms of PD are all related to voluntary & involuntary motor function and usually start on one side of the body. Symptoms are mild at first and will progress over time. Studies have shown that by the time primary symptoms appear, individuals with PD will have lost 60% to 80% or more of dopamine –producing cells in the brain.

Elaborating on the cause of disease, he said, a substance called dopamine acts as messenger between two brain areas-the substantia nigra and the corpus striatum-to produce smooth, controlled movements. Most of the movement –related symptoms of Parkinson’s disease are caused by a lack of dopamine –producing cells in the substantia nigra.

In most people Parkinson’s disease is idiopathic, which means that it arises sporadically with no known cause. However some of people diagnosed with Parkinson’s also have family members with the disease. Parkinson’s Disease itself is not a fatal disease & the average life expectancy is similar to that of people without the disease, Dr. Mann added.

These Meetings Can Help You Fight Your Addiction