Bats for good governance to be pro people and pro active 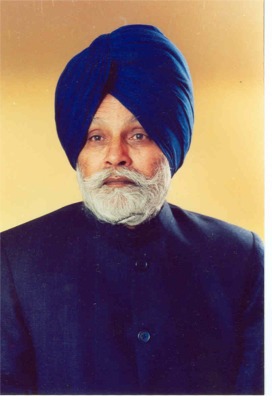 NewZNew (Chandigarh) : Dr. Charanjit Singh Atwal,  Speaker Punjab Legislative Assembly  while speaking in  the Fifth India Region CPA Conference  held at Goa  on the subject “THE LEGISLATORS AND THEIR REPRESENTATIONAL ROLE :  NEED FOR UNINTERRUPTED FUNCTIONING OF LEGISLATURES” said that the Parliament and the State Legislatures today are not law-making bodies alone. They had become  multi-functional institutions performing a variety of roles. So, far as comprehensive identification of roles and functions of the Parliament and  State Legislatures is concerned, the cardinal roles and functions of the Parliament  and  State Legislatures may be described as; Political and financial control i.e. Executive Responsibility;  Surveillance of administration i.e. Administrative Accountability; Informational i.e. Right to Information; Representational, i.e. grievance ventilation; Educational and advisory; Conflict-resolution and national integrational; Law-making, developmental, and social engineering ; Leadership i.e. the Recruitment and Training; and  at the national level, the Constitutional i.e. amending the Constitution.

The people wanted progress in their life. They want more employment opportunities, infrastructural facilities like roads, healthcare and education, etc. and to provide  these facilities,  the Government had an important role to play. As the elected popular representative, it is the duty of every Member to reflect people’s problems effectively in Legislative debates and, based on the problems of their respective constituencies, get the Government’s policies to address them. In the same sense, Legislature is not an assembly of representatives from varied interests alone but it is a deliberative assembly of one State, one Nation . Dr. Atwal further said that the Executive was responsible to the Legislature, the Legislature and its Members were also answerable to the people. It was through the legislature that a Legislator establishesed  his  main communication channel and link between the people he  represents and the Government. During deliberations on the legislative proposals, Finance Bills, motions to discuss the government policies, Motion of Thanks on the Governor’s Address, Budget, Resolutions, etc. Legislators were free to express themselves and to say what was good for the people and what modifications in the existing policies were required.  Due to the increasing incidents of in-disciplined and in-decorous conduct on the part of the Members of Legislative Bodies, the issue of “Discipline and Decorum in Parliament and State Legislatures” had duly been taken up and discussed in the various conferences of Presiding Officers, Chief Ministers, Ministers of Parliamentary Affairs,   Thus, in view of the situations presently prevailing in parliamentary institutions, it was the utmost demand of time that : The political parties should send candidates to Legislative Bodies having clean track-record;  Considering the complexity of the Business of Legislative Bodies, the political parties should Endeavour to prefer persons with qualities and basic levels of education ; Legislative Bodies should organize training for their Legislators on this subject; The Code of Conduct for Members of Legislatures should be enforced in and outside the House.

Dr. Atwal Hoped  and said that the Session would definitely fetch out some valuable suggestions and propositions which, in all probability, would be able to define the roles of Legislators as true representatives of the people to ensure the uninterrupted functioning of the legislatures which was the surest way  towards success of the nation.

While speaking on the subject  “Optimum Utilization of Parliamentary Process and Devices for Good Governance and matters of Public Importance to their Logical Conclusion”, Atwal stressed upon  that Good Governance was  not enough, it had to be pro-people and pro-active. Achieving good governance required the existence of a strong, effective and efficient Parliament. This was because Parliament played a crucial role in evaluating, organizing and presenting the views and needs of the people and expressing their expectations in determining the national development agenda. The Parliament thus played an important role in nation-building.

Dr Atwal further stated that Governor’s Address, Budget Estimates, Demands-for-Grants, Supplementary Estimates, Question Hour, Zero Hour, Calling Attention Notices, Half-an-Hour Discussion,  Short Duration Discussions, Official and Non-Official Resolutions and various other motions including No Confidence Motion, Adjournment Motion, Substantive Motion and Amendments etc., were the devices meant to help the Legislators in achieving the objective of providing Good Governance. But his personal experience as Deputy Speaker of the Lok Sabha in the past and presently as the Speaker of Punjab Legislative Assembly, made him to feel regretful sometimes when precious time of the House being eaten up as a consequence of disturbances like shouting of slogans, unpleasant arguments and the use of force by the Members to intimidate the opponents. The non-serious attitude of Members towards the immensely valuable time during the deliberations was a matter of great concern and surely a great hindrance in providing good governance. One of the important steps for Good Governance was simplification of procedures and processes in the Government so as to make the entire system transparent and faster. Dr. Atwal humbly requested his Fellow Parliamentarians and Legislators, “To make missionary efforts and take revolutionary measures for optimally utilizing the parliamentary processes and devices for delivery of good governance so that the matters of public importance are put to their logical conclusion – for this is not a dream of any individual but because this is a dream of a Nation”.