Since you have just completed (or are about to complete) the post-graduation Master’s degree in Political Science, you should be well acquainted with what the future holds, or could hold for you. The subject primarily focuses on the practice of politics and analysis of political behavior and system. Political Science is nearly the only specialization which intersects with various other areas of studies such as National Politics, Economics, Public Policy, Law, Sociology and Psychology. Therefore, it brings multiple opportunities of grabbing reputed jobs in multiple domains. 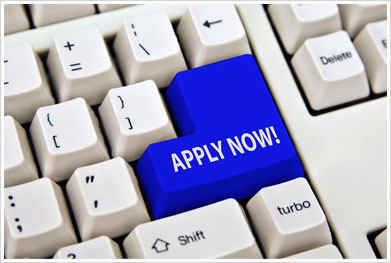 It also requires critical analytical skills. Indeed, this field is challenging and ever-changing. However, it brings with it plenty of job opportunities in India and abroad, making it all worth the while. This course passes you on the skills to understand the constitution, law formation, and how to effectively mold this complicated governing system to the correct form.

Generally, the scope of M.A. Political Science is sub-divided into the following three disciplines that deal with various aspects of politics, one of which you must’ve pursued:

The Master’s degree in Political Science imparts the skill set and knowledge to get jobs ranging from an official to an industry lobbyist. It also allows you to show your stars to the world through public sector service, shaping public policy, influencing legislation, public administration among others.

This degree can also lead to an exciting career in politics. Many scholars after completion of M.A. in Political Science work for the governments of U.S. and other countries. It indicates that this course prepares you for jobs overseas, state-department work and other communication-based jobs. The only additional prerequisite would be to have good communication and interpersonal skills along with social behavior.

The greatest opportunity after completion of M.A. in Political Science is that it gives you a chance to qualify India’s most reputed Civil Services examination. This is best for someone with a strong desire to bring about a change in the country’s system. One may also achieve this by showing interest in politics and the government, hence shaping the laws and policies. This wouldn’t even be a problem as the program has already given you the required skills as to accomplish all these tasks.

You may also choose to pursue higher studies and research by opting for M.Phil. or Ph.D. degree in Political Theory, National Politics, Public Policy, International Relations or Comparative Politics. On completion of any of these degrees, you may find perfect career in teaching or research.

Earlier, there were a limited things you could do with your degree in Political Science. Today, in spite of the n number of career choices available to pick from, there is little awareness for the same. This is the only reason why people are still so reluctant in choosing this field as their first preference. As a result, the job saturation in this field is still low.

However, the scenario is absolutely different now. The scope of this course is brighter than ever and gives you the liberty to choose from a variety of fields. We have discussed few of them below:

Research: Research is the second-best choice for the Political Science scholars. You may do your own research or associate with NGOs, news channels and industrial firms. Various institutions and universities also require research activities, research analysts, research fellows and research associates for the information technology and management fields. If you are good at public policy and survey analysis, you really fit for it. Also, the pay is really well for carrying out policy relevant projects.

Writers: In addition to research and teaching, you may write books, articles and blogs based on Political Science topics such as law, budgets, legislation, social and political issues, public opinions, corporate issues and plenty other subjects.

Law: If you completely understand the meaning and nature of constitution, regulations, rulings, and have deep desire for justice and bringing about positive changes in the world, you may find a job in a law advising association or advocacy sector. You may find multiple positions as advisors at the offices of governors, mayors and even presidents.

Civil and Administrative Services: This is one of the most preferred option for most of the Political Science students. The course has already enabled you to understand governance, its functioning, public administration, political theory and philosophy. You can use this in-depth knowledge in an administration career with the government.

There are several job options in the administrative services at central and state level that you may go for. You may join IAS, IPS, IFS and allied fields at the central level. If you clear the IAS examination, you may even get a chance to start your career in the most prestigious sector in Indian administration. The various state administrative jobs include BDO, Tehsildar among others. Many of these are engaged in health planning, urban planning and related to criminal justice systems.

Political Journalism: There’s another choice to be a Political Journalist. You may be involved in television or radio journalism, where you can use your expert understanding of political systems in developing extensive reports on current events. You may use your expertise in covering elections, conducting interviews and attending press conferences. The roles offered to you in this area include that of political correspondent, analyst and researcher.

International Relations: With a descriptive background in the public administration, law and communications, you are best suited for building a career as advisor to international agencies.

Political Advisors: Political advisors are experts who work alongside politicians and government officials, and help them in making important decisions in various complex situations.

The study of the complicated matter will reward you in its own way. Political Science may be considered as one of the most twisted streams for study. However, it enables you to use your knowledge in putting things straight and back in form. The stream might bring with it certain challenging subjects, but it also opens the doors to some of the most reputed jobs and imparts certain skills which you will admit only when you get acquainted with the stream.