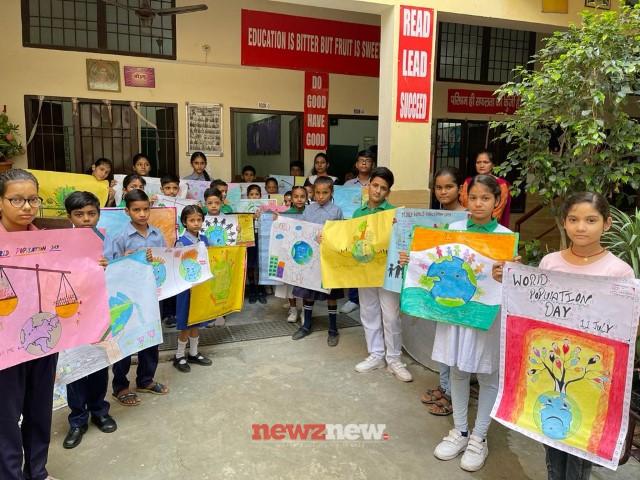 The children expressed through the posters that continued increase in population could result in imbalance in the environment. Students said that a small family was essential for a clean environment. They conveyed the message that glaciers were melting due to the continuous human population on Earth.

This would threaten the existence of humans in danger. The environment is being adversely affected due to continuous cutting of trees. Students said that if the population was low then the environment would remain clean. They also stressed upon more planting of trees for a cleaner and safer environment.

On this occasion, the school principal Dr. Vinod Kumar said that the masses were affected by the population. Due to population growth, men were cutting trees at a fast speed. Due to this ignorance, he is endangering his life and others. Control on increasing population is necessary.