NewZNew (Chandigarh) : A public outreach and awareness programme was organized under the aegis of Department of Telecommunications (DoT) on sharing scientific studies and the current government and regulatory ecosystem in India on Electromagnetic Field (EMF) Emissions and Mobile Towers. The program highlighted that the mobile towers in India are safe and the emissions are within and often much below the prescribed norms of the DoT. It was further highlighted that government of India has very strict norms on monitoring and compliance, comparable with international best practices and there are no scientific studies linking mobile EMF emissions with human health hazards. 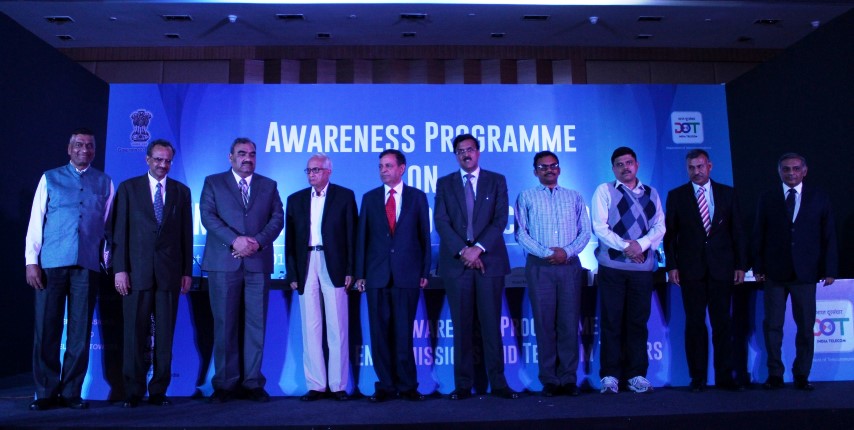 Delivering the inaugural address, Shri J.S. Deepak, Secretary, DoT, brought out the important role played by mobile telephony and various benefits derived from it, at an individual, social and national level. He emphasised that whether India grows at normal pace or it actually leapfrogs to become one of the most developed nation in coming decades, will inter-alia depend on how we embrace and harness wireless communication technologies. Telecom towers are critical installations on which the backbone of wireless communication rests and unfounded apprehensions around EMF emissions and mobile towers have the potential to derail our growth story.

The DoT Secretary said, that there is no scientific evidence backing the claim that EMF radiation from mobile towers — which are below the safe limits prescribed by the International Commission on Non-ionizing Radiation Protection (ICNIRP) and recommended by the World Health Organization (WHO) — can cause adverse health effects. The DoT has already prescribed strict precautionary norms for exposure limit for the Radio Frequency Field (Base Station Emissions) which is ten times more stringent than the existing limits prescribed by ICNIRP and recommended by WHO. Infact our EMF norms are much stricter than what is followed by many developed nations, including the US, the UK and most parts of the European Union. Further, the Government of India has taken adequate steps to ensure that Telecommunications Service Providers strictly adhere to these prescribed norms, he added. 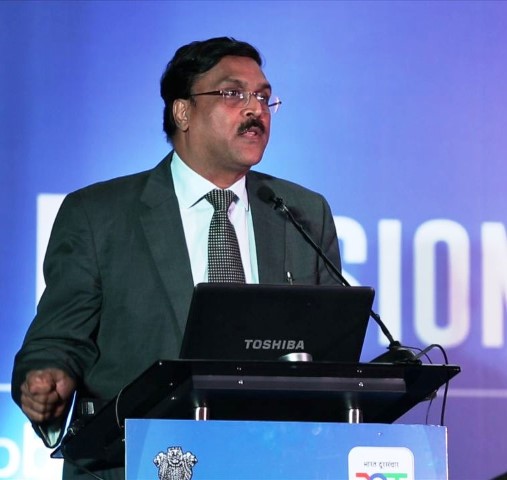 Dr. R. M. Chaturvedi, DDG-CS, DoT, pointed out that WHO has referred to approximately 25,000 studies, conducted around the world over the past 30 years, and based on an in-depth review of scientific literature, has concluded: “Despite the feeling of some people that more research needs to be done, scientific knowledge in this area is now more extensive than for most chemicals. Current evidence does not confirm the existence of any health consequences from exposure to low level electromagnetic fields.”

He also referred to the EMF Project established by WHO, in which over 50 national authorities and 8 international organizations are involved. Together, since 1996, they have been reviewing scientific information to provide scientifically sound and objective answers to public concerns about the possible hazards of low-level electromagnetic fields. Despite extensive research, to date there is no evidence to conclude that exposure to low-level electromagnetic fields is harmful to human health.

A Committee, formed at the behest of Hon’ble Allahabad High Court comprising experts from five IITs, AIIMS (Delhi), Indian Council of Medical Research (ICMR) and Indian Institute of Toxicology Research, Lucknow, has also on the basis of scientific evidence, studies and reports available, found that there is no conclusive evidence about the stated dangers of EMF radiation from mobile BTS tower.

Shri Shivendra Bhatnagar, Senior DDG, Telecom Enforcement Resource & Monitoring (TERM) unit, said strict monitoring and enforcement mechanism has been put in place by the DoT for EMF-related compliances. In case any BTS site is found to violate prescribed EMF norms, actions are taken to put a penalty of Rs. 10 lakh per BTS per incidence, including closing of BTS site in case violation persists.

Several High Courts, including the Hon’ble High Courts of Punjab & Haryana, Madras, Kerala, Gujarat and Allahabad in cases related to issue of effects of the radiation from cellphone towers have given judgements whereby they have dismissed petitions, where the mobile tower installations were challenged in various localities, including residential, on grounds of health effects of EMF radiation.

Dr. Suresh Attili from Grace Cancer Foundation and Dr. TK Joshi, Advisor to Ministry of Health, endorsed the fact that scientific studies have not been able to conclude that EMF emissions from mobile towers can cause health hazards. Mobile towers in India have been found to be completely safe and emissions are well within the prescribed Government of India norms. The program concluded with an interactive Q&A session between senior government officials and participants from civil society, RWA’s and the media.