Pune NGO exposes human trafficking scam in J&K, sends 8 NE youths home: A Pune NGO has laid bare an alleged human trafficking racket perpetrated in the Union Territory of Jammu & Kashmir since the past few months and has urged the Centre and local administration to intervene in the matter on priority. 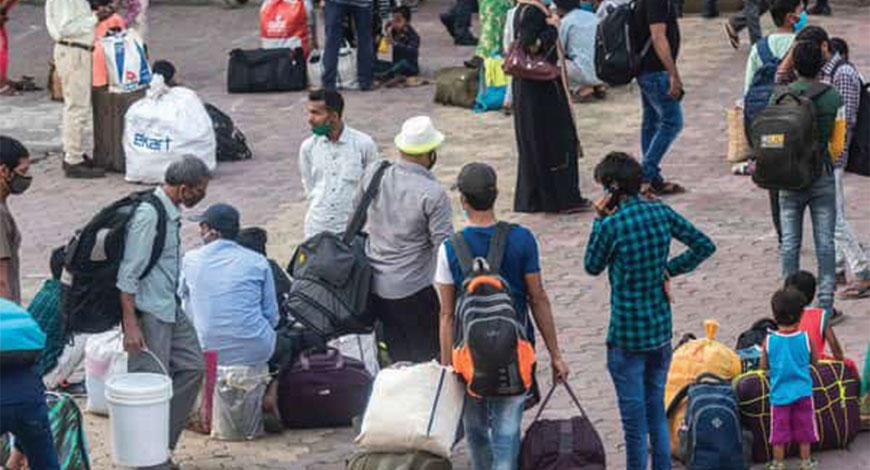 Recently, at least eight youngsters, including a girl, were rescued by volunteers of NGO, Sarhad, and sent back to their homes in Assam by an AirAsia flight on Sunday afternoon.

Sarhad founder Sanjay Nahar said that the scam recently came to light after the eight were lured to Srinagar by a local recruitment firm on the promise of well-paying jobs in apple or fruit-processing factories.

The excited young group comprised Philimon B. Basumatary, 21, Rahul Basumatary, 20, Pusha Kerketta and Ajit Tigga, both 24, Yekub Ekka, 19, Jyotish Lakra, 18, Tahima Tigga, 20 and the 17-year old girl — all dreaming of the prospects of building a good future in a distant land.

Also Read :   Sabhyata gives ethnicity a new cover, opens 70th store in India, with the launch of its 4thstore in Haryana

Around mid-April, they were picked up by the woman agent, representing Madiha Placements, from Assam and brought to New Delhi in an unreserved general compartment of a train.

After the long and arduous journey, they were dumped to spend the night on a pavement in the national capital and the following day, herded in buses to reach Srinagar on April 20.

More shocks lay in store for the weary group that wiped off all their joys of reaching the beautiful valley, now in its mid-summer bloom.

“Instead of the promised jobs in apples or fruit-processing factories, they were sent to some private homes or estates to serve as domestic labourers. When they protested, they were threatened and at least one of the youths was assaulted and forced to live and perform tough menial jobs against their wishes,” Bhat said.

As their ordeal continued, one of the duped youths, Philimon – who had been educated with Sarhad in Pune – happened to come in contact with Bhat and recited the travails of his friends – all stuck in Srinagar with false job promises, no resources, no help and no hopes.

“We were shocked. We immediately contacted the local authorities and with great difficulty, got them freed from their employers in different locations. As they had nowhere to go, last week they stayed with me for three days. The recruiter had paid them only part salary – Rs 5,500, and promised to pay their full dues only if they work for a year, virtually making them bonded labourers,” Bhat said.

Bhat and his team decided to send them back and again made huge efforts to collect funds to book them on an AirAsia flight bound for their homes – seeking to eject the bitter memories of ther ‘heaven on earth’.

On its part, Nahar has decided to take up the issue of such human-trafficking and bonded labour style employment very seriously and systematically.

“We have written to Union Home Minister Amit Shah seeking his intervention and also appealed to Divisional Commissioner of Kashmir, Pandurang Pole, for a thorough investigation into such fraudulent manpower consultants,” Nahar said.

According to Nahar, the recent incident could be just the tip of the iceberg and there are more than 2,000 such people brought from Assam and other northeastern states to Kashmir and reportedly ditched in a similar fashion.

Bhat and Nahar have urged that all people who come for jobs to Jammu & Kashmir must have a compulsory police verification done at both ends, and a copy of the employer’s appointment letter or contract with all the terms and conditions including salary, etc, should be deposited with the Collector.

Sarhad independently plans to verify the credentials of the scores of such recruitment agencies that have cropped up in Jammu & Kashmir in recent times and inform the UT administration and Centre of the same.