Punjab Chief Minister Captain Amarinder Singh on Thursday inaugurated the world’s first Partition Museum as a tribute to the sacrifices of the millions of people who lost their lives and homes in the partition of the country in 1947, with a call for learning lessons from history to ensure that such a sad event is never repeated in any part of the world.

Captain Amarinder unveiled the plaque of the museum – an initiative of The Arts and Cultural Heritage Trust or TAACHT, at a special commemoration ceremony which scripted the observation of August 17 as the Partition Remembrance Day. A minute of silence was observed after the ringing of a bell at the historic Town Hall, where the Museum has been built. The Chief Minister dedicated the Museum, developed in collaboration with the state government, to the nation on the occasion.

Capt Amarinder, in his speech filled with memories and emotions of the sad chapter of Indian history, lauded the efforts of Lord Meghnad Desai in giving shape to the first-of-its-kind museum, which had “recreated a very said chapter of our history.” The museum, along with The Azadi Memorial in Jalandhar and similar initiatives, would serve to help the younger generations know and understand their past and learn from it, said the Chief Minister, adding that no nation could do well without learning their lessons from history.

Also Read :   Entrepreneurship gets afacelift with the launch of ‘Mentoring India’ by BYST 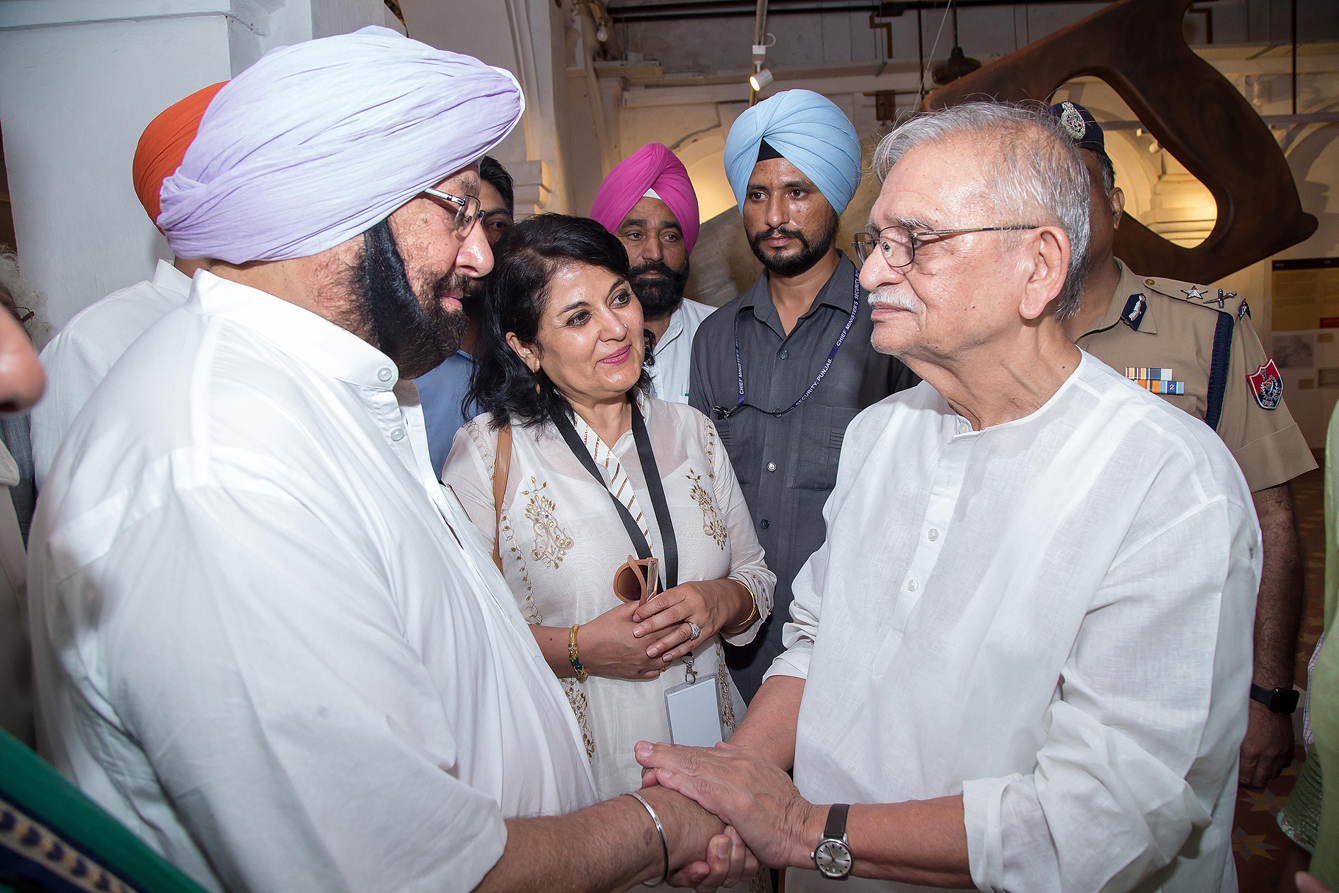 Chief Minister said that while for the younger generation, those days of the partition had been reduced to statistics, those who went through it had many sad and grim memories of those times. The museum, he said, would help the youngsters actually see and experience one of the greatest migrations in history.

He recalled his own memories of the partition, when, as a young boy, he was coming back home from his boarding school in Shimla in a train and had pushed the curtain aside to see bodies lying at one of the stations. It was a memory still etched in his mind, he added.

Chief Minister also recalled the work done by his mother, Rajmata Mohinder Kaur, who passed away recently, to help return refugee girls back to their homes. He recalled how her major memory of those days was that many of the girls forcibly sent back home were happily settled in their new homes across the border and did not want to leave their children and families but were forced to do so following an agreement by the governments of India and Pakistan.

Captain Amarinder later walked around the Museum in what he described as a memorable experience which brought many memories to life. 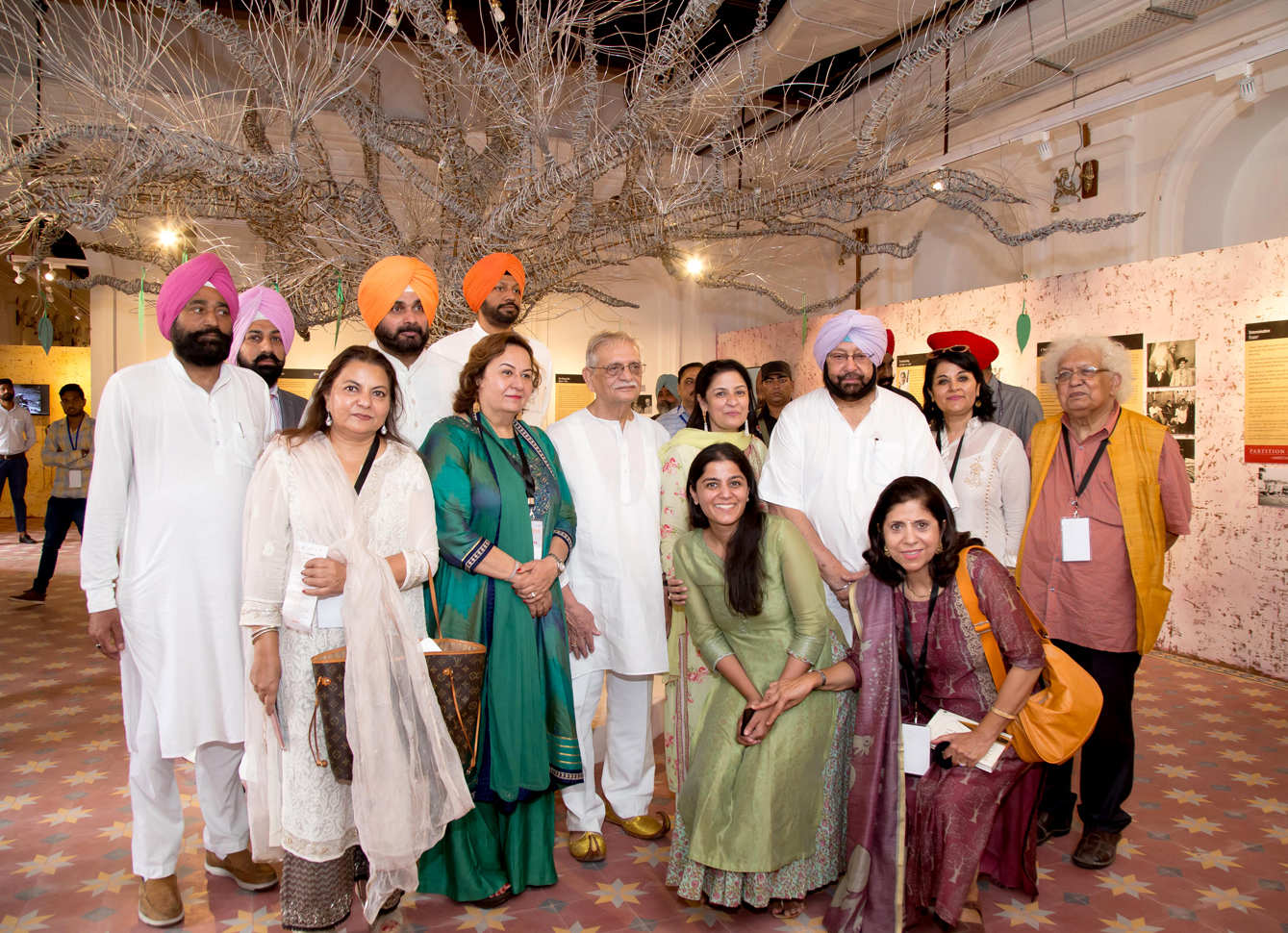 Punjab Government, which has supported the construction of the Museum, has already declared 17th of August as ’Partition Remembrance Day’. Seventy years after India became independent, hundreds of young men and women experienced, for the first time in their lives, the pain and suffering their parents/grandparents had gone through during one of the world’s biggest exodus across the border. As they came face to face with many grim reminders of that painful history, one could see a wave of emotions stream their eyes.

Earlier, addressing the gathering, Minister of Local Government, Tourism, Cultural Affairs, Archives and Museums, Navjot Singh Sidhu described the Museum as the story of human resolve and resilience, as well as the indomitable human spirit. The Museum had revived history which was getting lost in the sands of time, he said, adding that Captain Amarinder had created history by opening the museum.

The event, which was marked by a poetry recital by Gulzar, who launched his newly translated book, Footprints on Zero Line: Writings on the Partition, on the occasion, was marked by a series of events, including panel discussions with eminent experts such as Urvashi Butalia and the poet Surjit Patar, a short play on Partition by Kahaniwala, and Sufi music recital by the Hashmat Sultana sisters.

Addressing the gathering, the Partition Museum Trust Chair, Lady Kishwar Desai, thanked the state government, led by Captain Amarinder, for its support to the development of the unique Museum, dedicated to the spirit and courage of the Partition survivors. She also expressed her gratitude to those without whose donations the museum would not have become a reality.

Advertising Guru Suhel Seth, who has the Gallery of Migration named after his parents, described his contribution as a `befitting tribute from a grateful son.’  Padmashri V S Sahney (a Trustee of TAACHT), Chair of the Sun Foundation, described it as a people’s museum, whose inauguration was a solemn occasion.

Built in the long-neglected Town Hall building at Katra Ahluwalia near the Golden Temple complex, the Museum is inspired by the stories of Urdu writer Saadat Hasan Manto, who belonged to Amritsar and whose family home in Gali Vakilan was among the 40% houses destroyed in the Partition communal violence.

The Museum has put together mementos and material of 1947 shared by various people and is a walk down memory lane, with its pictures, paintings and videos. A hall of the freedom struggle plays piped songs of resistance from the two regions most active in the struggle and a sad poem by Amrita Pritam, addressed to Waris Shah, plays in the background.

A Hall of Hope brings one out of the Museum of misery, with paper hangings of migratory birds leading the way, and a Tree of Hope, crafted from barbed wire by designer Neeraj Sahai, standing out as a symbol of hope for the people of both India and Pakistan.

Satiate your food cravingsthis Easter at the Plaza Premium Lounge