Punjab CM stops unscheduled, interacts with auto-rickshaw drivers: Auto-rickshaw drivers in Punjab’s industrial town Ludhiana on Monday received an unusual guest in the form of Chief Minister Charanjit Channi, who halted unscheduled on his way to the grain market to listen to their problems. 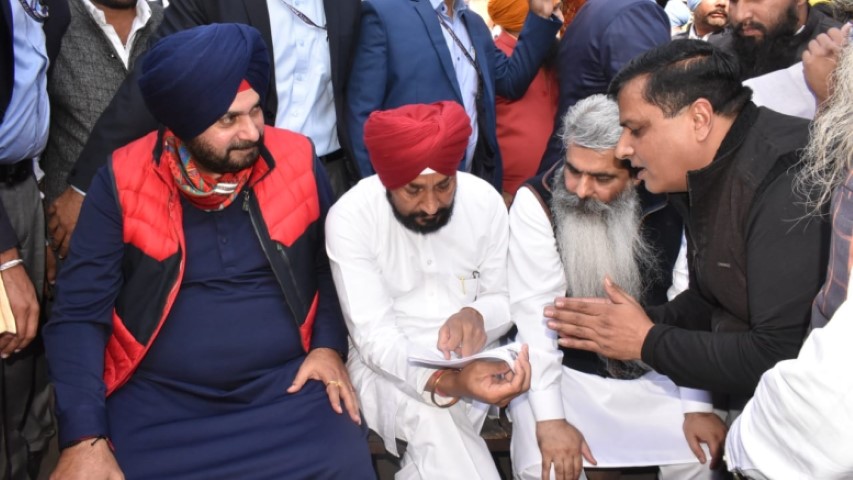 Taken by surprise, the drivers were elated as for the first time in the recent past any Chief Minister had came to them that too for listening their grievances in a ‘chaupal’ (meeting).

The Chief Minister, accompanying President of Punjab Congress, Navjot Sidhu, sat on a wooden bench amongst the auto rickshaw owners and interacted with them.

In his impeccable style, Chief Minister Channi relished the tea offered by them by dipping a ‘mathi’ in glass of tea.

Striking an emotional chord, Channi said, during his initial days, he himself had driven an auto-rickshaw. Winning the hearts of the auto-rickshaw drivers, he announced that new registration certificates will be issued soon to them for preventing their harassment.

Channi also announced that all challans which are pending will be waived off. He asked the auto-rickshaw drivers to follow traffic rules and work honestly.

He also acceded to the demand of auto-rickshaw owners to draw a yellow line exclusively for plying of the auto-rickshaws.